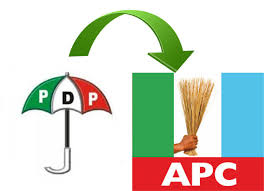 As results from governorship election in Bayelsa state start to trickle in, the All Progressives Congress, APC is reportedly in early lead in Yenegoa, the state capital.

According to reports, the APC recorded a huge lead in Nembe ward 3, unit 2, as its with its candidate, David Lyon scored 1,000 votes while the candidate of the Peoples Democratic Party, PDP, Senator Douye Diri scored 22 votes.