A Twitter user who goes by the handle @divagina has taken to the platform to recount how she made the biggest mistake of her life by defending a man.

According to the young lady, she had tried sympathising with a phone repairer who was slapped by a soldier and learned that the former sees nothing wrong with a woman being beaten

Read Also: After Years Of Domestic Violence, Woman Beheads Husband, Yanks Off His Penis For Dogs To Eat

“So today I made the worst mistake of my life lol I tried to defend a man. The guy was fixing my phone and a soldier man came there (apparently the boy spoilt the soldier’s phone) and they started to argue, he asked for a refund and next thing I know, he slapped the boy…” 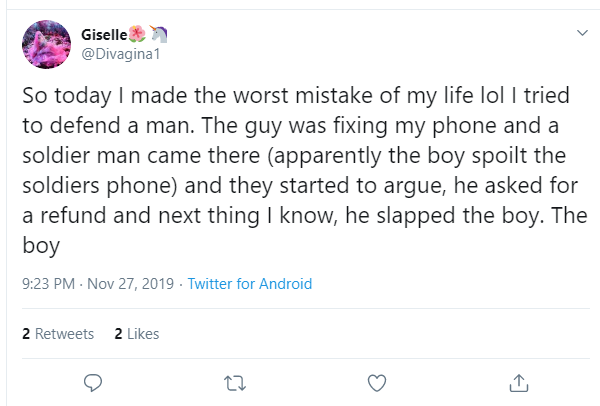 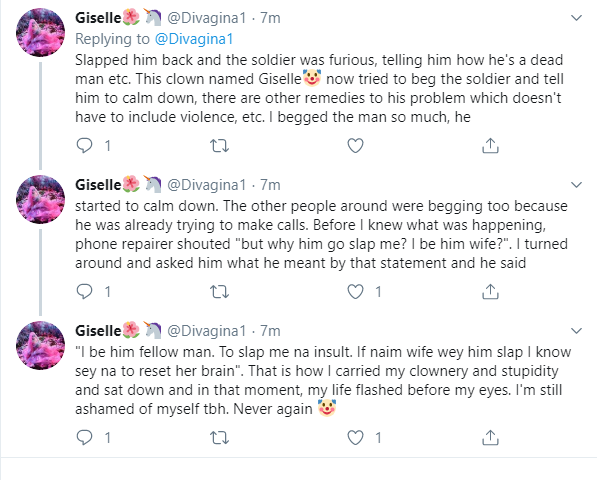