A new photo is currently circulating on social media capturing the moment some men believed to be members of the Neo-Black Movement of Africa(NBM) donating some iron shelters to traffic police officers in Osun state.

NBM is the umbrella under which the dreaded ‘Black Axe’ cultist group otherwise known as ‘Aiye’ operate in Nigeria.

The Blac Axe has been fingered in most of the violence across campuses in Nigeria.

To this end, is it morally right for the police to accept gifts from them??? 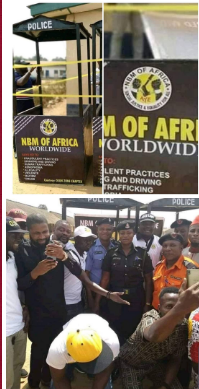 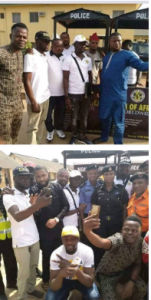