South Africans have made it clear that Nigerian singer Burna Boy must tender an apology to them before he will be allowed to perform again in South Africa.

According to these group of South Africans, the singer insulted them some months back and must apologize.

SA rapper AKA, has also joined forces with these people taking to Twitter to ask that Burna Boy apologize to him and his countrymen after the ‘Ye’ crooner’s post on xenophobia. Burna had promised not to perform in SA again until something was done about xenophobia by the government.

With the new concert coming up tagged ‘Africa Unite’, South Africans have now insisted that Burna Boy be removed from the lineup. 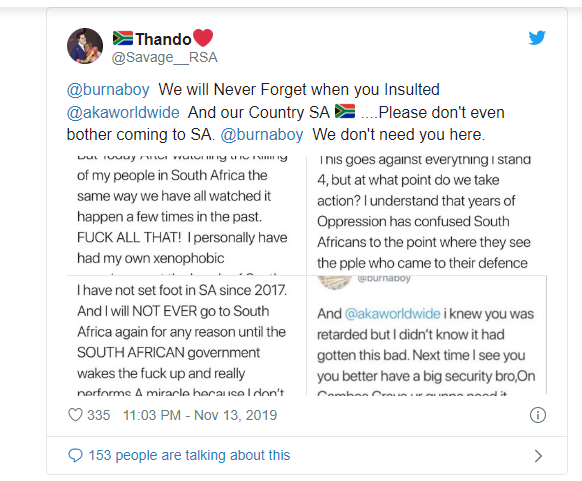 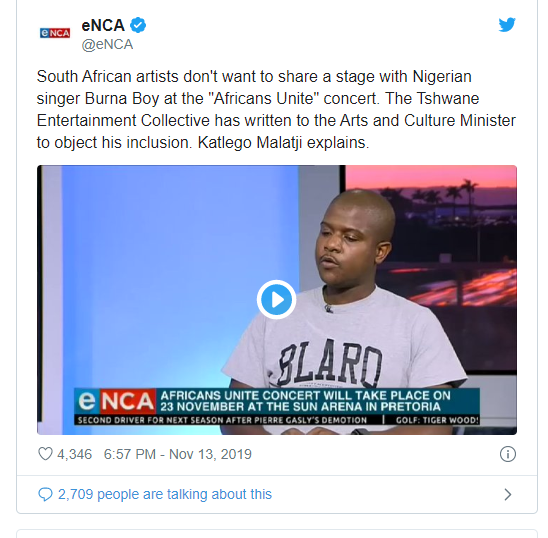