Nigerian singer, Davido released his latest album, ‘A Good Time’, a couple of days ago, and according to reports, the album has reached number one on US pop album chart.

Since the release of the album, it has recorded over 4 million views on audiomack and even more on other digital platforms.

The singer is indeed having a good time and year as he recently welcomed a son with his woman, Chef Chi.

It has definitely been a good year for the DMW boss who engaged his long-time girlfriend and welcomed a son (David Jnr) with her this 2019. 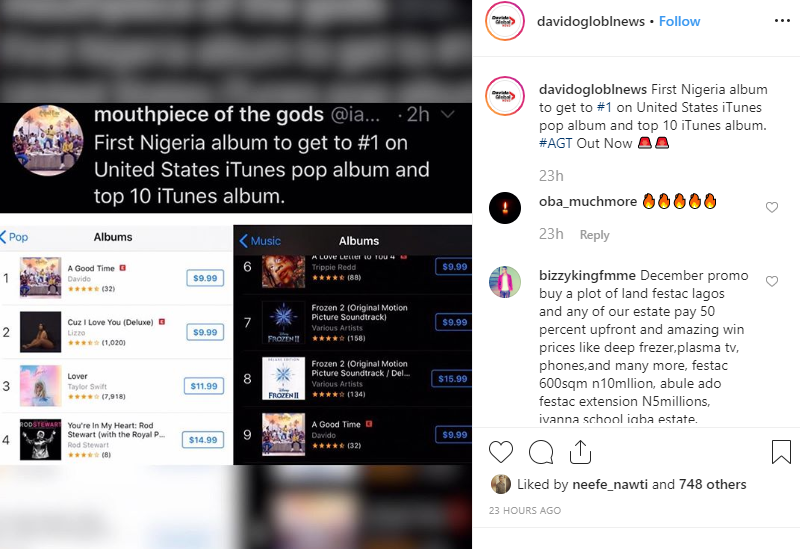