A couple of hours ago, news surfaced that Davido’s two babymamas Sophie Momodu and Amanda were at each other’s throat.

According to reports, trouble started after a fan praised Sophie Momodu on her new body, a compliment that got the mom of one stating that she never went under the knife as the comment implied.

Not long after, Amanda shared a post where she spoke on plastic surgeries, in turn, causing many to think she was taking a swipe at Sophie.

The mom of one has now cleared the air saying she was not shading Sophie and will never do that on social media. 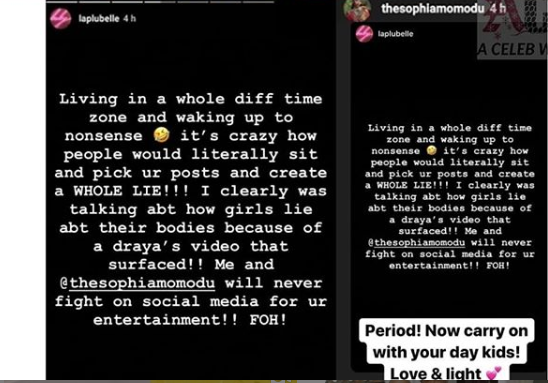