A new report has confirmed that Emmanuel Adebayor and Dillish Mathews are no longer a couple.

This news surfaced after the footballer responded to an IG user after the latter asked him a question.

The follower had asked the footballer if he will be visiting Namibia soon and the football star replied that he will no longer be coming to the country. 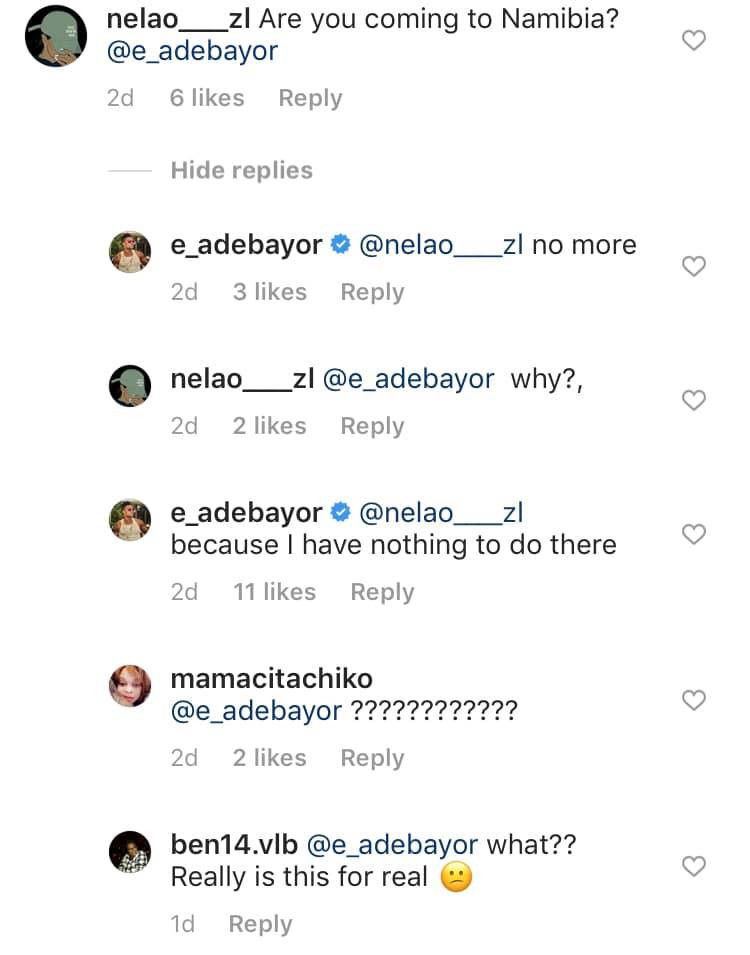