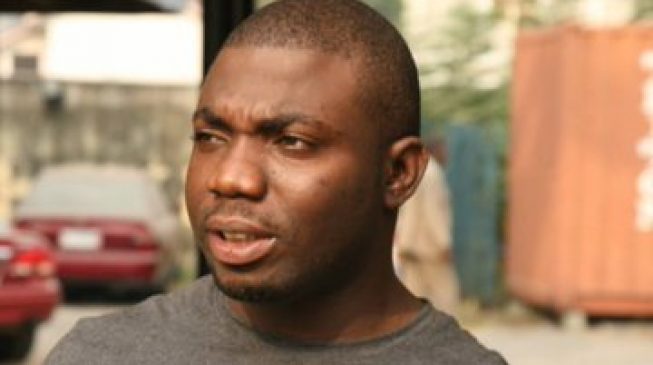 Olusegun Aroke, an inmate of Kirikiri maximum prison in Lagos, who was already set in 24 years jail term for internet fraud has been sentenced to 12 years in prison over a $1 million scam he orchestrated from prison.

According to the Economic and Financial Crimes Commission (EFCC), Aroke carried out the scam right from prison using a network of accomplices, some of them targets of fraud and money laundering investigation.

“The lid on his latest fraud exploits from the bowels of the Maximum Correctional Centre was blown following intelligence received by the EFCC,” the EFCC said in a statement.

“Preliminary investigation revealed that the convict, against established standard practice, had access to internet and mobile phone in the Correctional Centre where he is supposed to be serving his jail term.

“Even more puzzling was the finding that Aroke got himself admitted to the Nigeria Police Hospital, Falomo, Lagos for an undisclosed ailment. And from the hospital, he would move out to lodge in hotels, meet with his wife and two children and attend other social functions.

“The circumstance of his admission into the hospital and those who aided his movement from the hospital to hotels and other social engagements is already being investigated by the EFCC.

“For a felon supposedly serving a jail term, investigation revealed that the Aroke used a fictitious name, Akinwunmi Sorinmade, to open two accounts with First Bank Plc and Guaranty Trust Bank Plc. He also bought a property at Fountain Spring Estate, Lekki Lagos in 2018 for N22million and a Lexus RX 350 2018 model registered in his wife’s name, Maria Jennifer Aroke.”

Aroke was said to have in his possession his wife’s bank account token in prison, which he used to freely transfer funds.

“When Aroke was arrested, a search conducted by EFCC operatives on his apartment led to the recovery of several items such as laptops, iPad, traveling documents, cheque books, flash drives, internet modem, and three exotic cars – a Mercedes Benz Jeep, One 4Matic Mercedes Benz Car and a Range Rover Sport SUV.

“He was eventually convicted by Justice Lateefa Okunnu of a Lagos State High Court on two counts of obtaining money by false pretence, cheque cloning, wire transfer and forgery. He was sentenced to twelve years imprisonment on each of the two counts.”