A young lady has taken to social media to reveal how she caught her friend who claims to be gay sleeping with her man.

Sharing a screenshot of their chat, the gay friend confirmed he was indeed sleeping with her friend’s man and even went as far as telling the friend what her boyfriend thinks of her.

The messages shared online revealed that the girl’s boyfriend told the gay friend that her vagina smells and that she is not that great in bed. 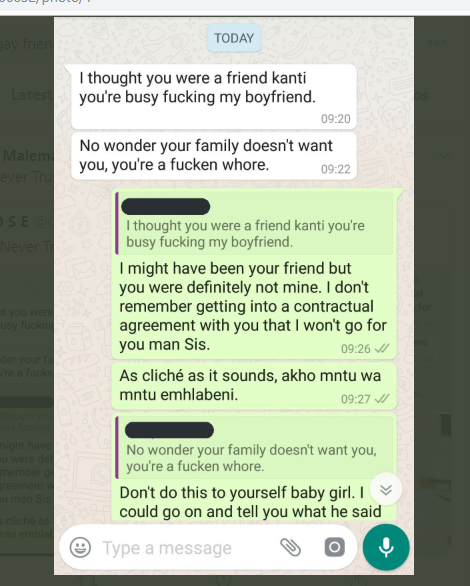 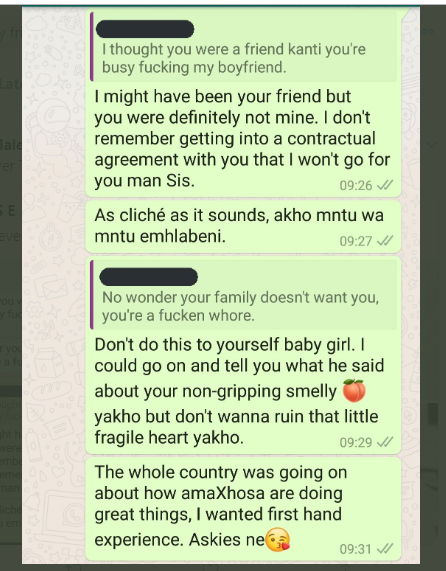