Bizzle Osikoya has taken it upon himself to school singer Peruzzi after the latter took to Twitter to share his thoughts on what makes him happy.

The ‘Majesty’ crooner had tweeted that he was unhappy for 4 years due to him being broke then went on to insinuate that he is happy now giving the fact that he has money.

Money doesn’t bring happiness! I was very sad 4 years ago. Oh shit. I didn’t have money. That’s why

Bizzle wasted no time in replying Peruzzi saying money is not why he is happy now.
See the exchange below; 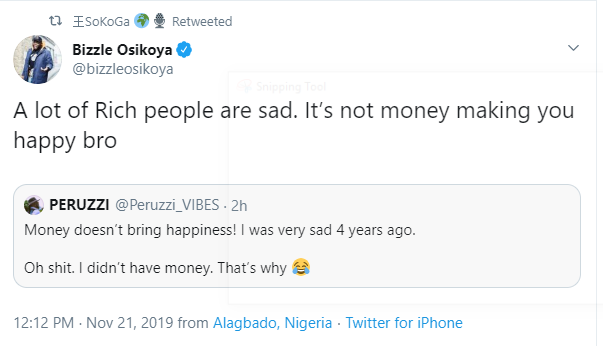