A Nigerian mother has called out on Nigerians for the justice of her deceased child.

The woman accused a doctor at the Ikorodu General Hospital of neglecting her 9 months old son in need of urgent medical attention.

According to @guccioyin who took to her Twitter handle to narrate the incident, the doctor left her son and other patients to go pray and as they waited, she realised her son couldn’t breathe properly.

Her son died hours later after she was told they couldn’t admit him as there was no bed at the hospital.

@Guccioyin is now demanding justice and has promised to file a petition against the doctor for ”incompetency”. 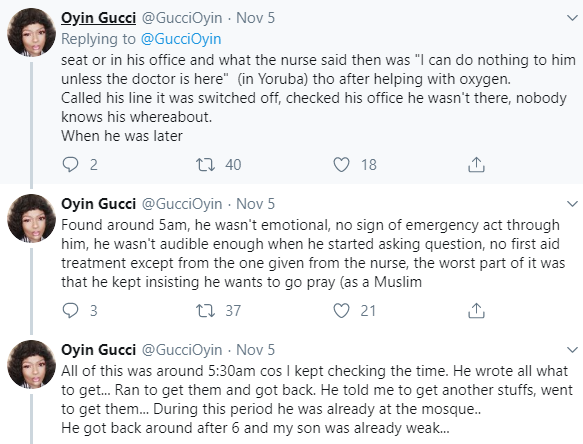