Well, Soso Soberekon is not one to be disrespected.

The music manager had gotten more than he expected after he shared a photo of himself with couple Davido and Chioma at the naming of their new son Ifeanyi.

He had captioned the post; ”In London for @davidoofficial & @thechefchi son’s naming ceremony Ifeanyi Adeleke.’

Not long after he posted the photo, a troll came onto his page to take a swipe at him over his outfit and Soso wasted no time in putting the troll in his place. 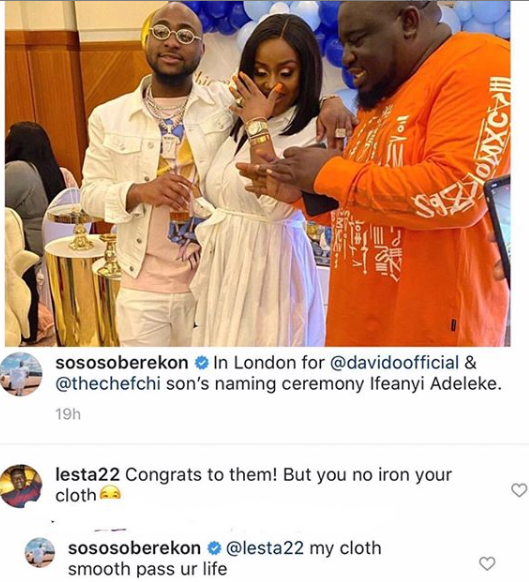