Rapper Ycee is of the opinion that Naira Marley is the biggest artiste this year. 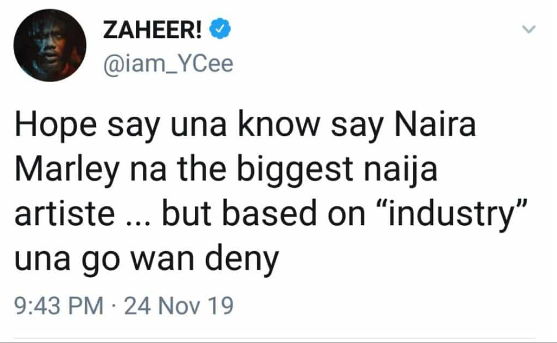 His post has since gotten many talking with majority agreeing with the rapper on this.

Naira Marley on his part has two of this year’s biggest hit songs, ‘Soapy and Am I A Yahoo Boy.’