Nollywood actress Nkechi Blessing has been called out by popular gist blog for sleeping with Toyin AImakhu’s ex Adeniyi Johnson.

Trouble started after Nkechi revealed that she and her man had ended things then went on to call out Gist lovers, an act that did not sit well with the blog.

Gist Lovers wasted no time in calling the actress out and spilling all her secrets to include allegedly being a lesbian and sleeping with Adeniyi Johnson., Mompha and having body odour.

“Oh well since you crave attention so bad,let’s give it to you Hippopotamus, Nkan Alejo for Yoruba Industry (souvenir)now to set the records straight,Your Puna is a giveaway zone,you are doing edacho abi Wetin be that one name and forcing yourself so bad on the so called deyemi at the same time…well let me take you down memory lane for pere city,how you and your beer parlour mum chop the same Gbola,how street boys molested you,how you became a drop out in the university for lesbianism allegations, how you were served as a meal for Asiwaju Jagaban and he rejected you cause of the odour…how he gave you 500k thanks for coming,and ever since then you kept famzing Asiwaju,even on his birthday,you composed a message for him, Happy birthday Akanni but you were ignored,how Mompha enter your Puna with 50k,you saw Iyabo in Mompha house recently and your body begin Dey pepper you,you started throwing your useless unnecessary shades,hey girl……..I don’t throw shades,I wear them,enough of your gist full here,all this your gra gra and attention-seeking on the gram is irritating…..Aunty Souvenir please behave yourself for once and borrow sense,you were shaming seyi Edun for snatching husband,how about you that slept with Niyi Johnson while he was still married to Toyin,Craze Dey your head Nkechi,Na me you want take use open eye for gram,your fashion designer is in My dm,about to call you out for debt,your Audio lifestyle is about to come to an end,oh you think I don’t know you follow this page with your mum page,you created a page for her and you are following the blog with the page,I saw it and smiled,you think you are smart abi,you go get sense Nkan Alejo

you will be sorry babe,no unnecessary shade darling,I say it as it is,God punish devil and him disciples,spill shit in the comment section and have me to contend with,Igi Ewedu oni wolu wa o,Bag of rice won’t fall on us o,let’s respect ourselves before stray bullet will hit somebody for forehead,I come in peaceoh I forgot to mention how you slept with Demola Maya award just to win ordinary Award,you are that low,Tueh “ 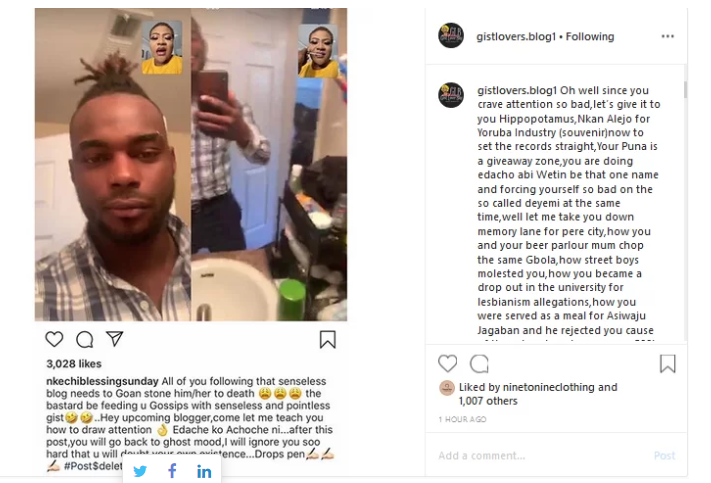 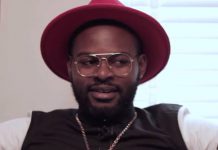