Nollywood actor, Zubby Michael has been appointed as Special Adviser on Media.

The actor was appointed by Governor Willie Obiano of Anambra State and has since taken to social media to share the good news. 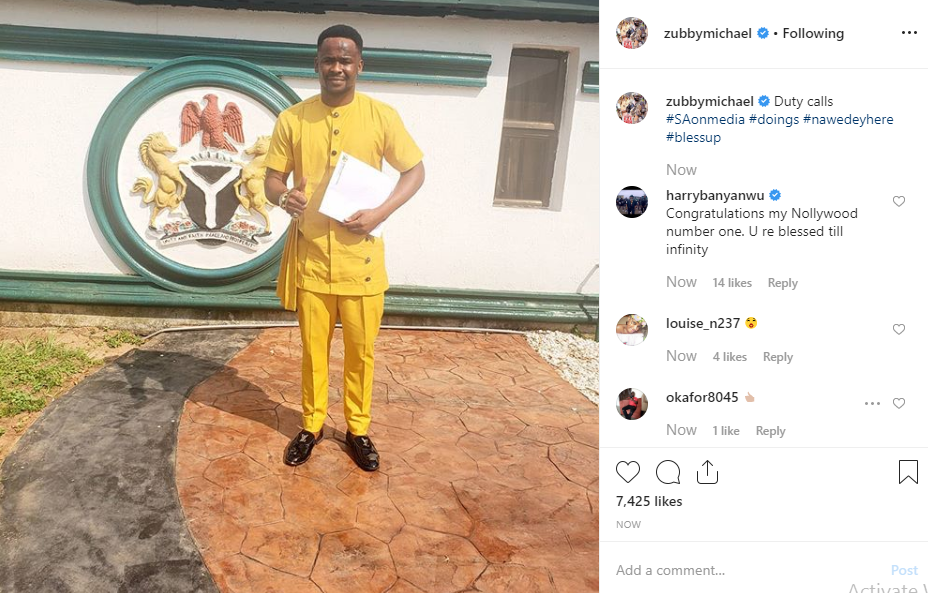 This is coming after it was revealed that the Nollywood actor had just completed his mansion which had many, including actress Regina Daniels in awe.

Big congrats to him.