Controversial male barbie, Idris Okuneye, also known as Bobrisky has described those waiting for the day he would quarrel with bestie, Tonto Dikeh, as ‘jobless fools.’

Speaking via his Instagram page, he revealed that they usually have their disagreements as human but they hardly make it known to the public.

“I was on my phone when Tonto took dis picture last night It’s so cute. Each time I post Tonto, I read a lot of funny comments from some jobless fools, saying I’m waiting for d day both of you will fight. Yes, we might have disagreements because no man is perfect but trust me even if we have disagreements you will never hear pim from my mouth. Dis is a promise to you all waiting for d fight day,” 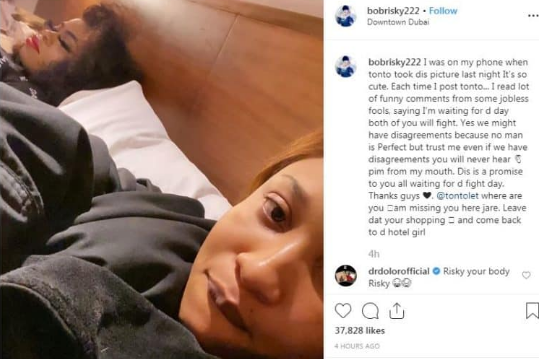