Peruzzi shared a screenshot of his video call with Cee-C, and went on to caption it “peace of mind”.

Both acts, a few months ago, had tongues swaying after Peruzzi featured the model and former Big Brother housemate in the music video, ‘Majesty’. 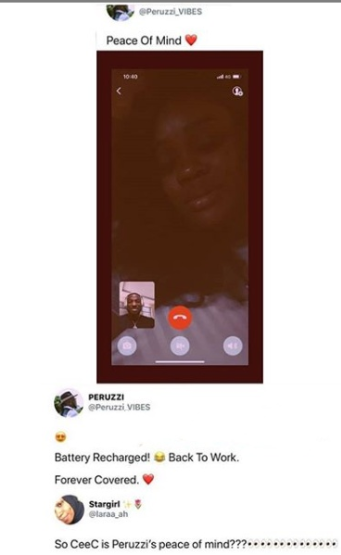