Social media is currently agog as Tacha‘s fans are currently dragging the son of Kemi Olunloyo, describing him as a hungry fellow.

Trouble started when Tacha’s fan said it is unimaginable that Kemi Olunloyo has children that she is raising.

She further described the controversial journalist as a madwoman.

Reacting to this, her son came out to identify with her, citing that she is not raising them because they are already adults.

The son then described Tacha’s fan as a ‘Nigerian slay prostitute’ and the floodgate opened on him from there. 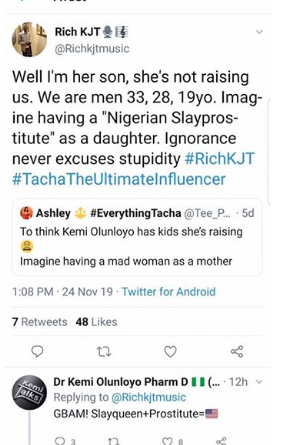 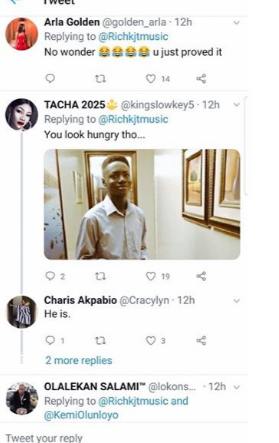