Actress Tonto Dikeh has shared her thoughts on the fight between actresses and former friends turned enemies, Anita Joseph and Uche Elendu.

Anita had taken to social media to share a video where she called out Uche, and accused her of being jealous of her before calling her a witch.

Tonto, however, called Anita out saying she is wrong to have brought the issue on social media as friends do not do that to each other adding that she will never do such to her BFF Bobrisky should they ever fall out.

See what she wrote below; 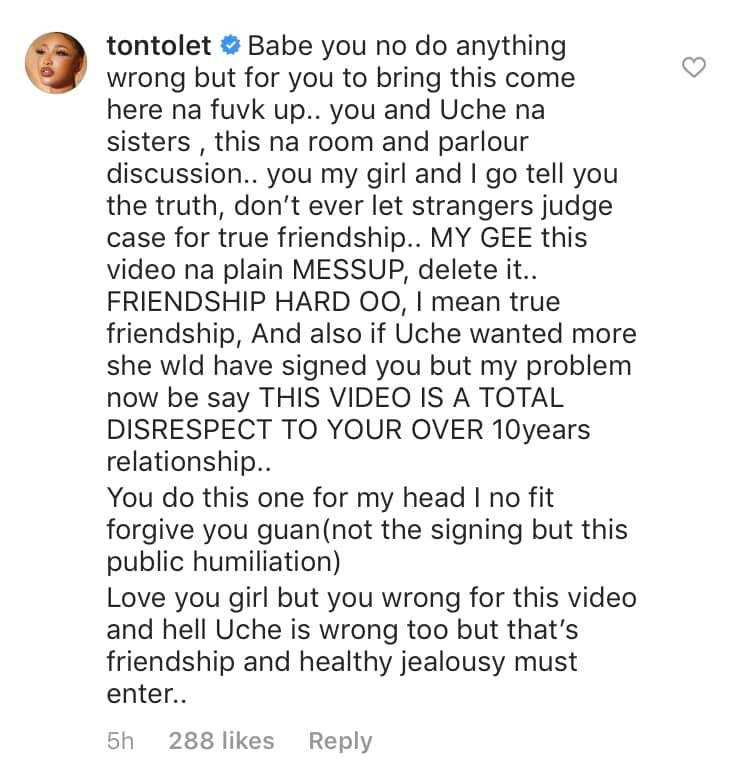