The internet is currently abuzz as actress Tonto Dikeh and blogger Stella Dimokokorkus are dragging each other silly on social media.

Stella has accused Tonto of snatching fellow actress Ini Edo’s man, as well as eating “shit” in Dubai in exchange for money.

Tonto on her part, has threatened to share some chats.

The actress has been in the news the past few days after it was reported that she was arrested in Dubai for fighting a security personnel. She has since come out to deny this. 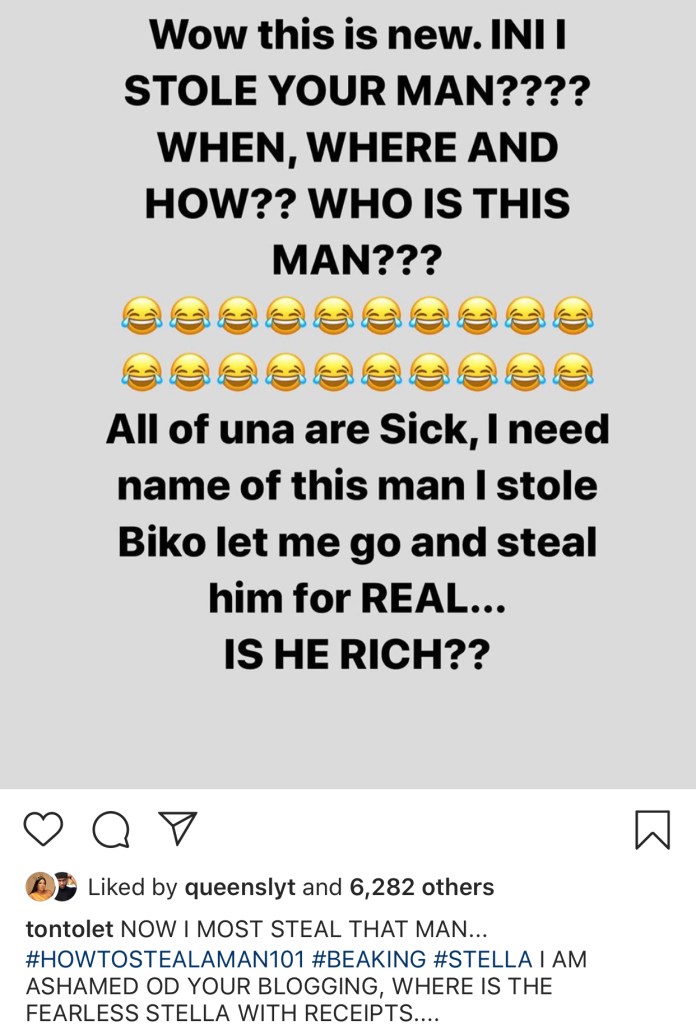 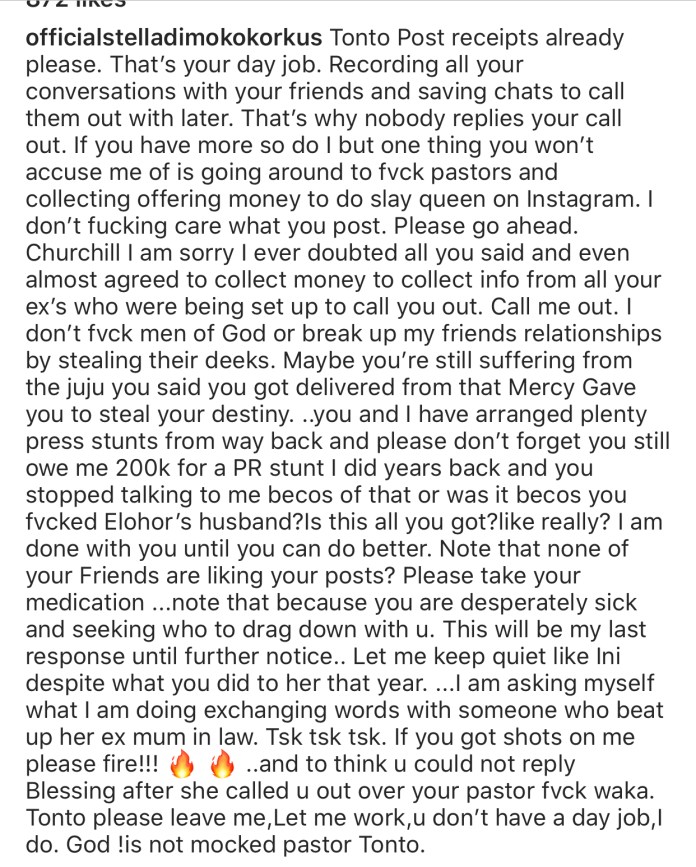 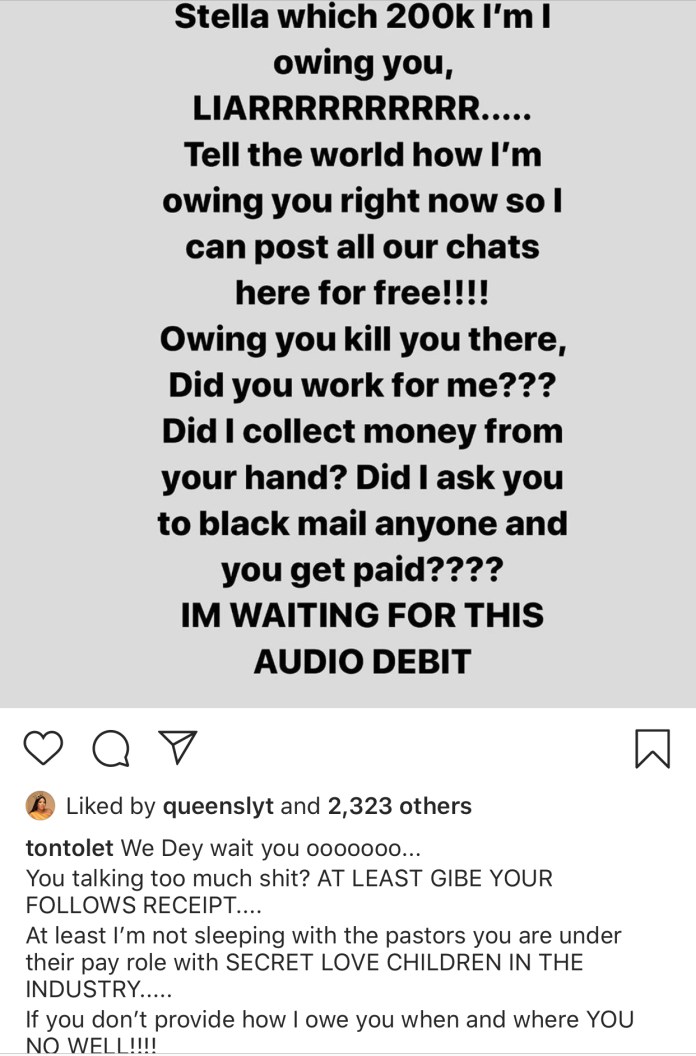 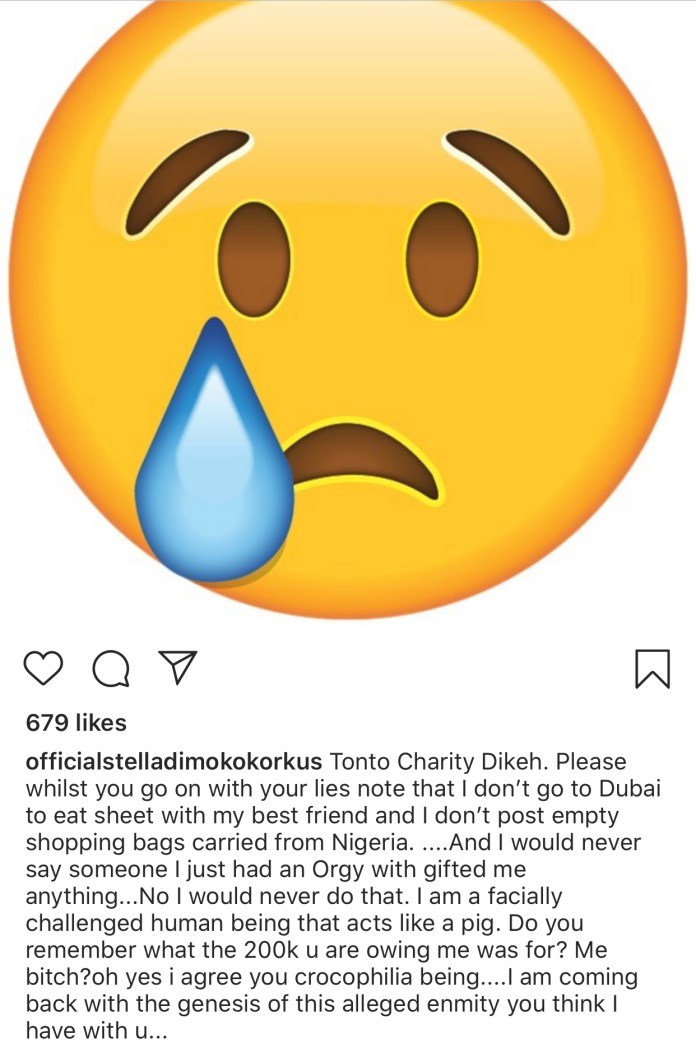 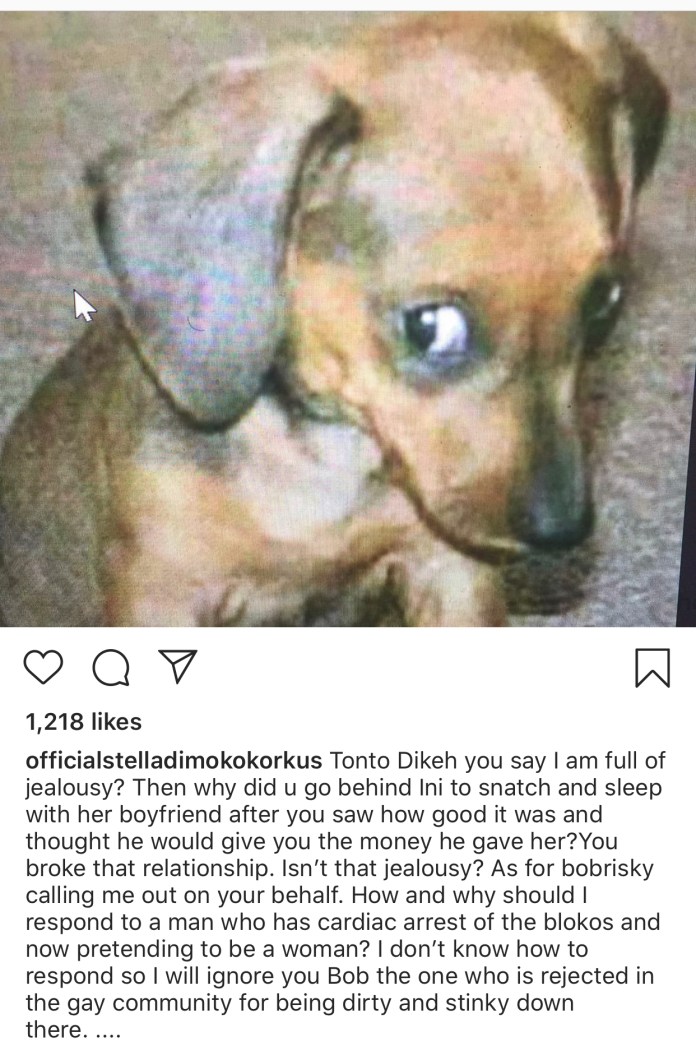 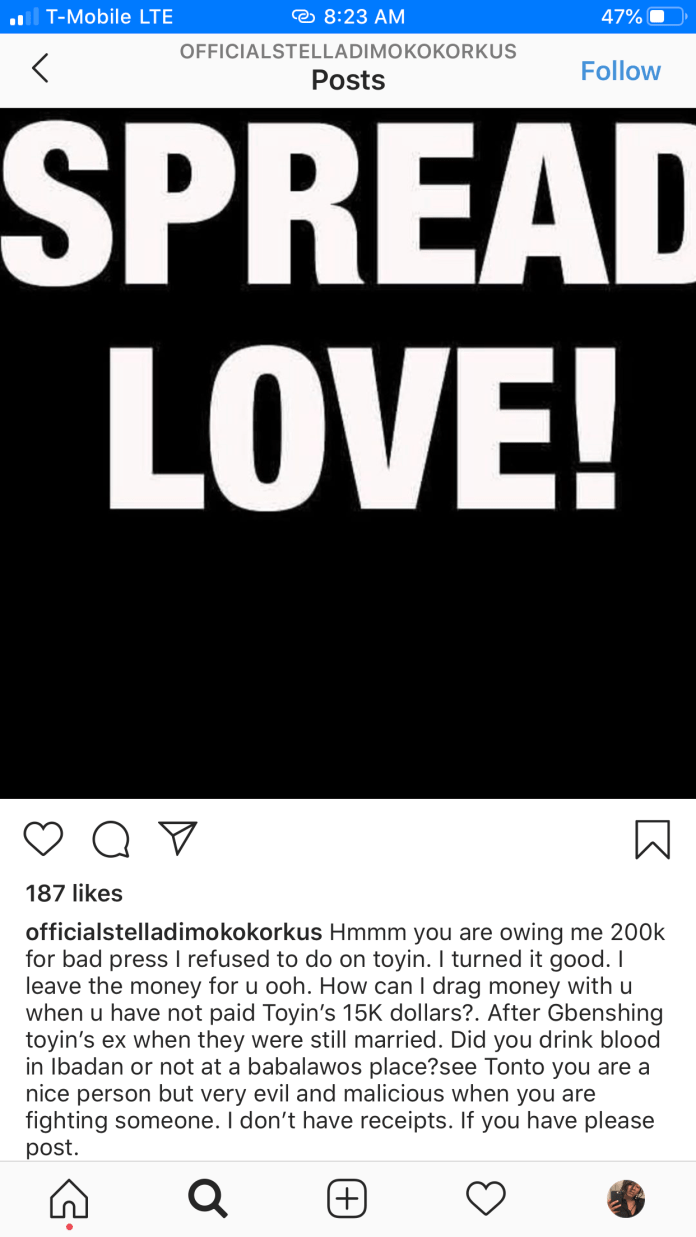