Nigerian actress, Victoria Inyama lambasted a troll who claimed she had a thing with Richard Mofe-Damijo, popularly known as RMD.

It all began when RMD took to Instagram to share a photo of himself and his wife as they marked their 19th wedding anniversary on Sunday.

Inyama had taken to the comment section to drop purple love emojis but she got more than she bargained for as she was instantly attacked by a web user.

The web user claimed RMD used to have an affair with the actress as well as their other female colleagues in the past.

Debunking the claim, the actress wasted no time in blasting the troll, stating that his mother should have flushed him down the toilet. 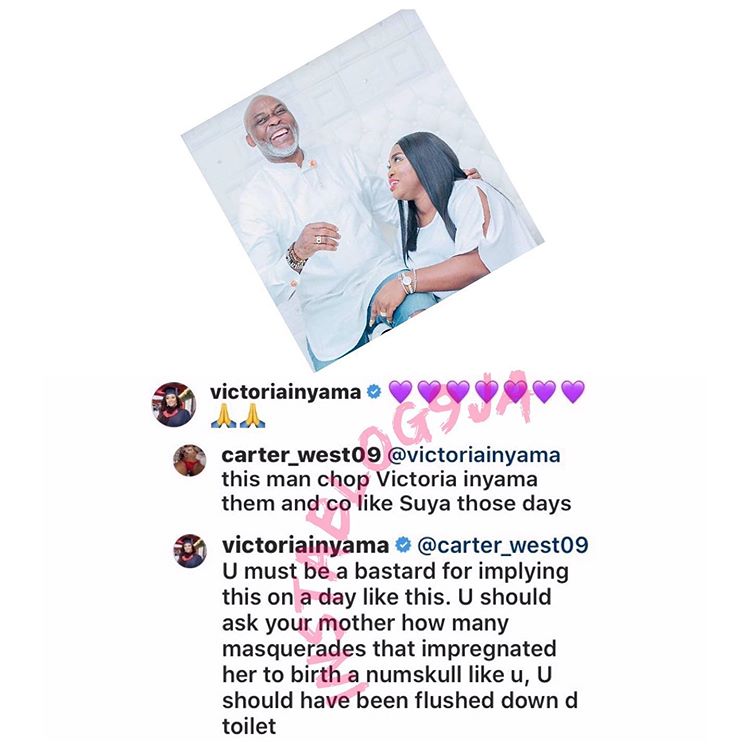