Former Nollywood actress Victoria Inyama has taken to IG to share her thoughts on narcissistic women and how their aggression portrays them as tough.

The UK-based veteran actress went on to say their aggression shows their low levels of empathy and caring attitudes towards others.

”Narcissistic Female We often overlook Female Narcissists as their aggression seem to portray them as Tough….. Sadly their Aggression also demonstrates low levels of Empathy & caring attitudes towards others ‘Centifanti, et.al 2015

D malignant Female Narcissist has an Excessive sense of Entitlement, vain, self absorbed covert bully who ensnares other Female friends, relationship partners & family members…They initially come across as Nurturing & sweet whereas she is Vindictive, Cruel & Ruthless ……… they often Abuse their children through Chronic child abuse that’s iced with discipline … There’s sadly that bias of Women being more likely to be labelled as Borderline or Histrionic due to d confusing presentation of other disorders due to gendered socialization ‘ Sanson & sanson, 2011

Most of them do posses antisocial traits & do cause psychological harm as their malignant male Narcissist.
Have an informed Evening 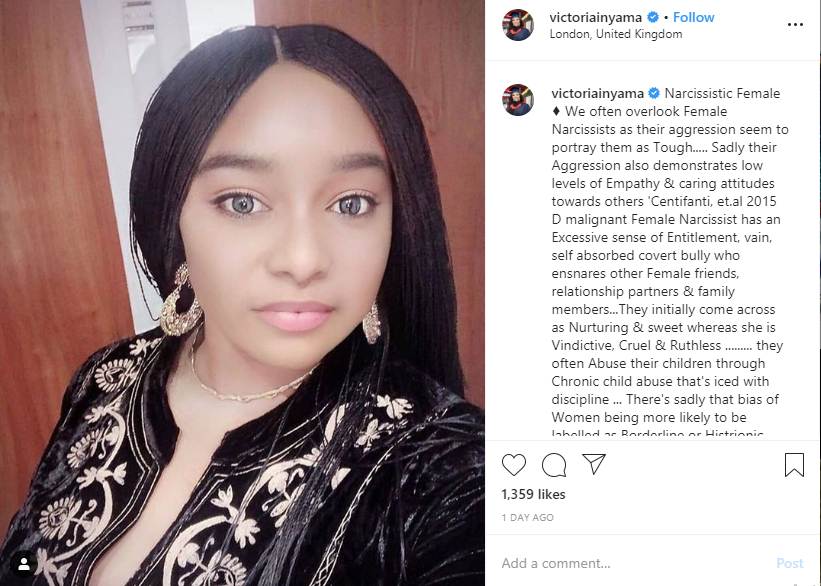