2018 BBNaija housemate, Alex Unusual, has taken to Twitter to call a man out for cheating on his wife.

According to Alex, the man comes on her timeline, claiming he loves his wife so much but on the down low, cheats on her.

Read Also: “I Can’t Marry A Man Who Doesn’t Have At Least Two Expensive Cars In His Garage” – Khloe tells Alex (Video)

Alex went on to share more details about the man, while advising that people should stay away from clear serious relationships if they are not ready to be committed.

She concluded by saying there is a special place in hell for people who date married persons. 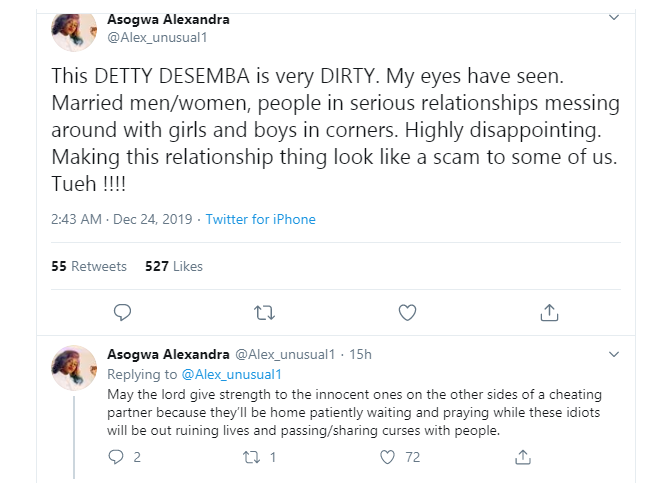 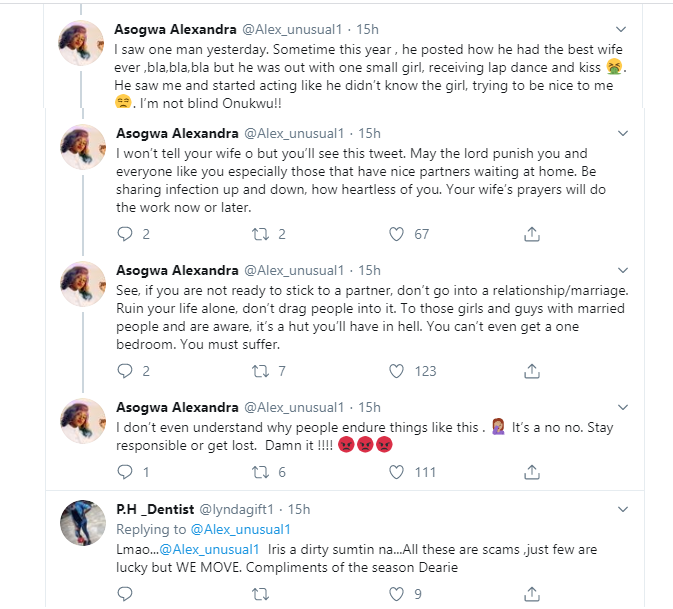