Recall the actress was attacked by some unknown gunmen and shot at several times.

Gist Merchant has now taken to IG to call the actress out saying;

“You think doing live video to show us badly made up bruises will make everything true? If you were shot and got those wound on the 12th of December which is three day ago as you claim, you will not even be able to turn around your head without difficulty and that dried thing you were tapping at the side of your head in the video, is that supposed to be a 3-day old wound? This crazy lady think everybody is stupid or something. Bullets were removed from your head and your head is not wrapped up in bandages to protect and keep swelling down. Fool” 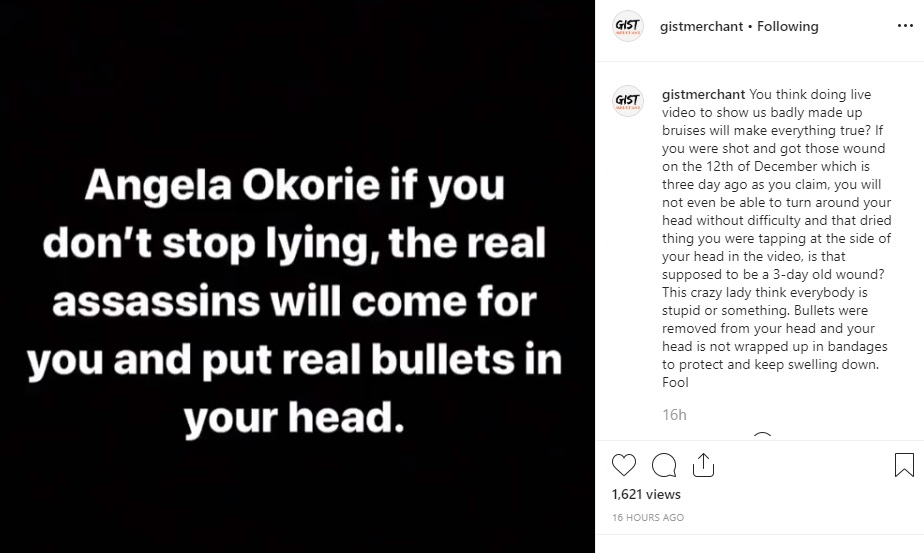