Home Entertainment Angela Okorie Was Attacked For Sleeping With A Man And His Wife...
Facebook
Twitter
WhatsApp

Some ladies on social media have alleged that the reason why actress Angela Okorie suffered an assassination attempt on her life is because she was sleeping with a man and his wife.

The actress took to social media to thank God for saving her life, adding that someone was trying to murder her.

An Instagram user has now taken to a post made by the actress to reveal the main reason Angela was attacked.

According to the young lady, Angela was sleeping with a couple and blackmailing them as well.

They both did not know the actress was doing same to them and after they paid her and warned her to stay away from them, she refused.

Read the piece below; 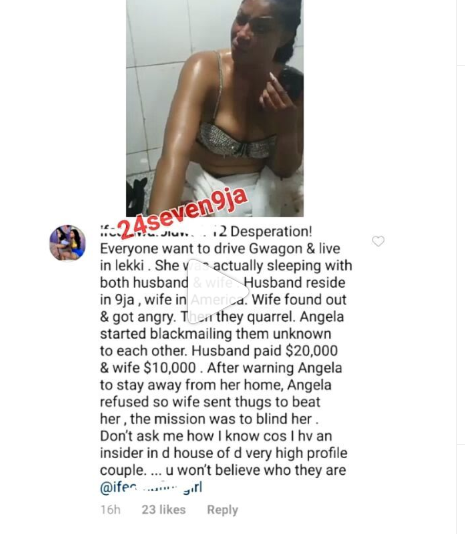