A blogger who goes by the name Ifunaya has slammed 2019 BBNaija winner Mercy Eke after the latter announced she is starting her affordable clothing line.

Mercy had announced her latest feat and shown a couple of the clothes she intends to be selling on social media.

Ifunaya, while reacting to this called Mercy an illiterate alongside other BBNaija housemates saying what she is doing is more of opening a boutique than a clothing line.

Ifunaya then added that most of the clothes MNercy has online can be gotten at a market in Wuse, Abuja. 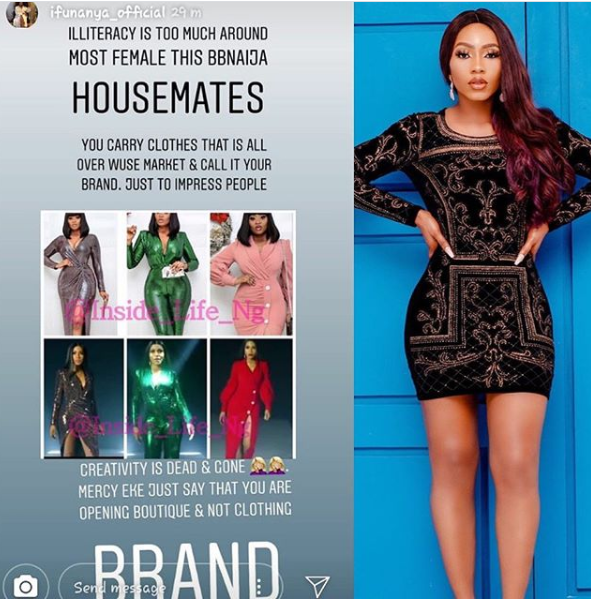