2017 BBNaija housemate Bisola Ayeola had many in their feelings with her outfit for a Google event.

The reality TV star and singer wowed in a regal outfit for the ‘Coming To America’ themed party by Google.

Read Also: BBNaija Bisola Says Her Father Was Selfish And It Will Be Hard To Forgive Him (Video)

Bisola looked every inch amazing in her black and gold outfit which suited the theme of the party almost perfectly. The dress featured a cape and gold details.

The actress also wore her hair in a bun adorned with gold hairpieces.

Bisola finished off the regal look with matching gold earrings and neckpieces. 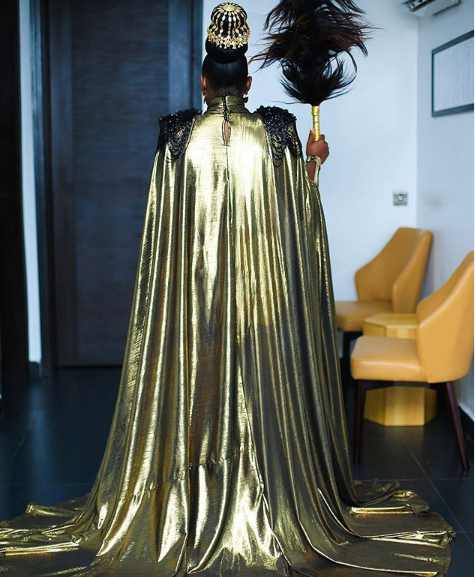