Nigerian singer and former YBNL signee, Viktoh has put a troll in her place after the latter tried to diss the singer.

The troll had taken to social media to ask why the singer has been MIA, adding that Olamide may just have used his destiny.

Viktoh wasted no time in putting the troll in her place, saying he would have blocked her but would rather not so should be there and witness his rise back to the limelight.

See the exchange below and share your thoughts with us; 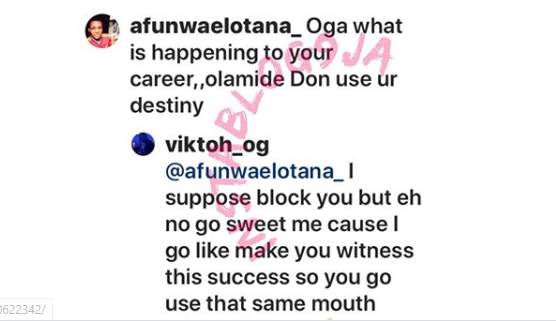