Nollywood actress, Angela Okorie reportedly got attacked by some unknown gunmen on her way back from a show Thursday.

Okorie’s Mercedes Benz SUV was seriously vandalized and riddled with bullets following gunshots in the undisclosed location where she was attacked.

Although, the actress has shared a new post in regards to the reports of gunmen attack, photos of her in a bloody state has surfaced on the internet.

Fourteen, 14, pellets of bullet were allegedly removed from her hair after being attacked by the armed robbers.

Read Also: Cardi B, Hubby Sing Along To “Parte After Parte” After Hitting Strip Club (Video)

Graphic: First pictures of actress Angela Okorie emerge as 14 pellets of bullet were allegedly removed from her hair after being attacked by armed robbers. [Swipe] 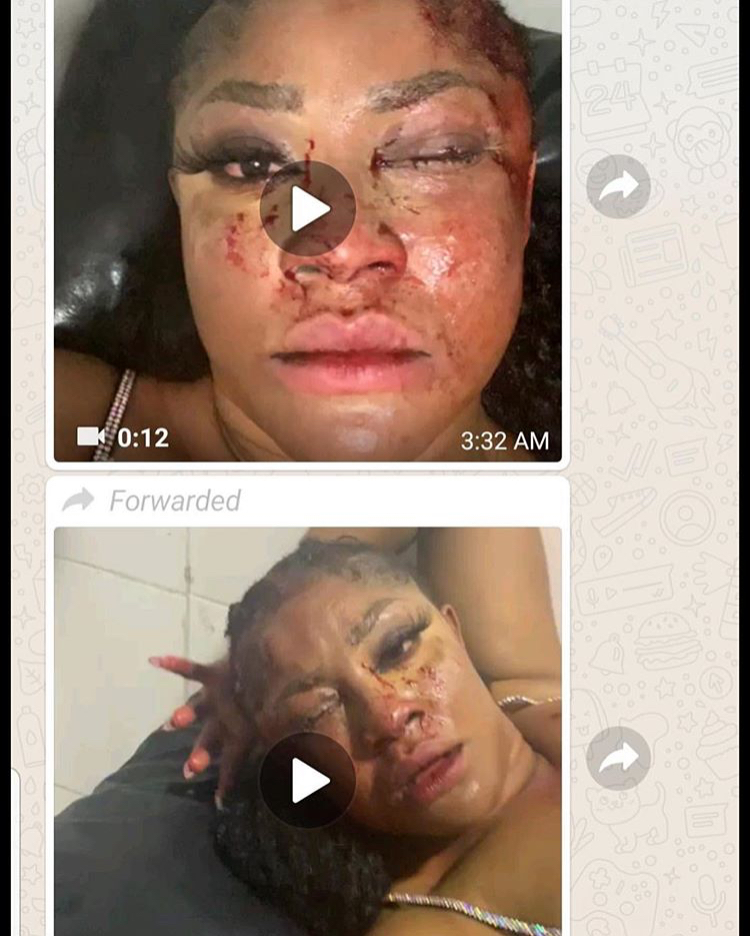