Bobrisky Issues Warning To Mompha As He Regains Freedom

Speaking in an Instagram post, the controversial figure warned that now is the right time for the Instagram big boy to know who his real friends are.

Read Also: Bobrisky Reacts As Prophetess Says He Would Be Incurably Sick If He Doesn’t Change His Ways

He further warned him to be careful because some fake people are already saying they are happy about his release. 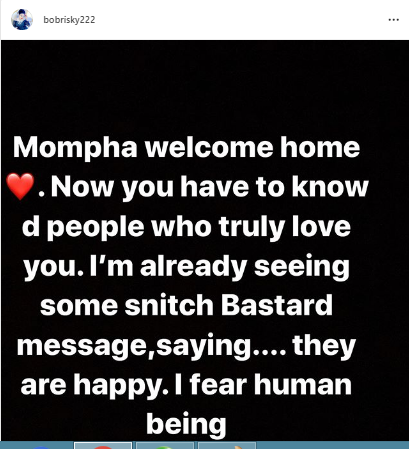