Media personality, Shade Ladipo has called Burnaboy is a twat and accused him of being the most unprofessional artiste in the world.

Information Nigeria recalls the radio host had called out the singer in 2015, stating that he is an ‘epic failure’ at being an artiste in one of her write-ups.

In a renewed war via Instagram, the foremost presenter at Silverbird Television blasted the self-acclaimed, African Giant, referring to him as a ‘Twat’.

The media personality also stated that talent is never enough and his reign would come to an end.

Read Also: “If You Didn’t Blow, You Would Be At Onitsha Market Selling Jeans” – Zlatan Ibile Tells Rema 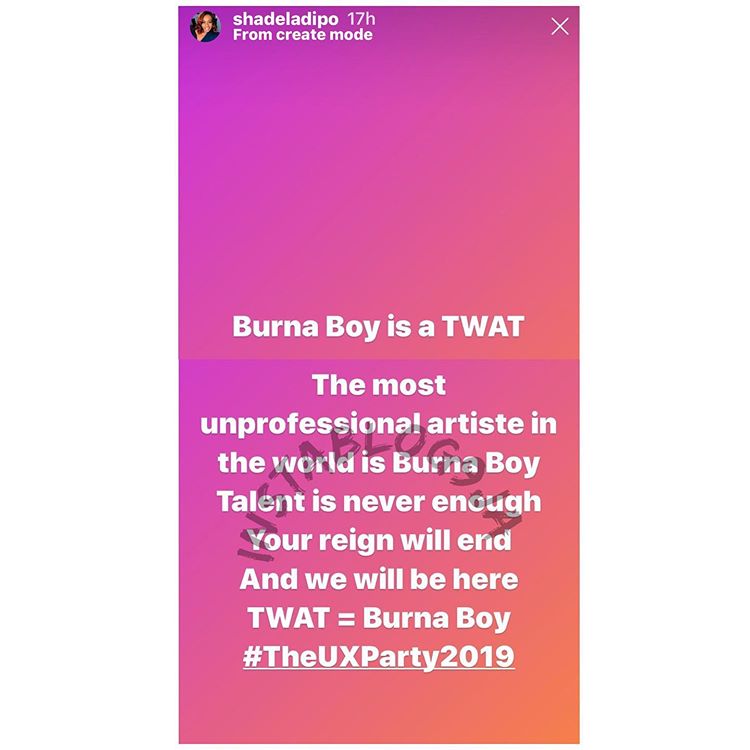