Adewale Adeleke, the elder brother of singer Davido has made it known he has no time for trolls.

Adewale had taken to social media to share a pre-wedding photo of himself and his woman with the caption;

“December is going to be a month to remember!#adekani‘.”

Not long after he shared the photo, trolls took to his comment section to drag his bride-to-be, with one asking if she ever cooks as she is always seen in restaurants.

Adewale, not here for the disrespect, took his time to drag each and every troll one after the other. 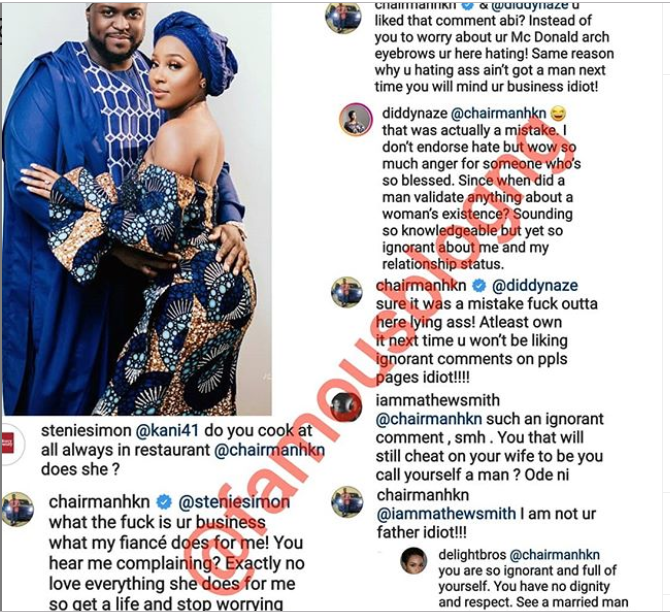