The OAP/Vlogger shared a post on her IG stories which stated that women dealing with men is as difficult as trying to pick change from the floor with acrylic nails. 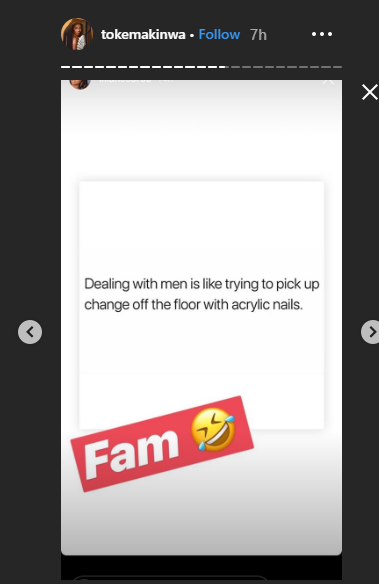 This is coming days after comedian and actor Yomi Black called the media personality out asking her to mention how she makes her money.

Toke had replied Yomi in a lengthy IG post warning him to steer clear her path while sharing a message she got from Yomi months ago telling her just how much she is doing well.