Dencia has out a troll in his place after the latter tried to involve her in the rift between BBNaija housemate Tacha and actress Angela Okorie.

Recall Angela had taken to her IG page to call Tacha out saying she is ungrateful.

Angela had claimed she used her platform to help Tacha while the latter was in the house and since coming out, she has not for a minute taken time out to appreciate her for this.

A troll then dragged Dencia into this saying Dencia would have done the same thing Angela did. Dencia wasted no time in responding as well. 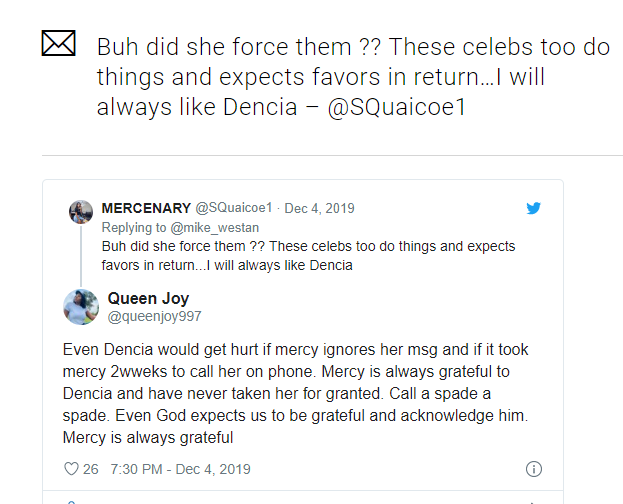 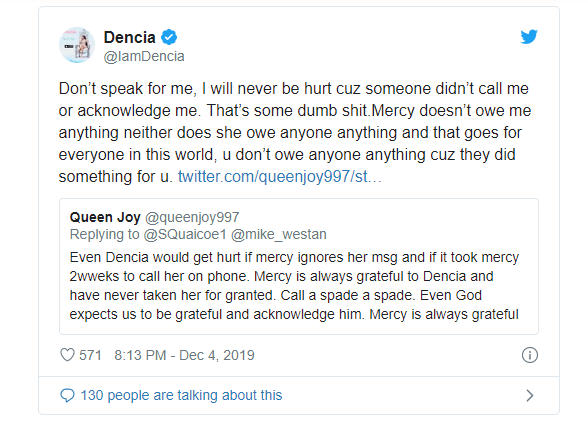