Nollywood actress, Eniola Badmus has taken a swipe at her colleague, Omotola Jalade-Ekeinde after she downgraded her’ at a recent event.

Information Nigeria recalls Jalade-Ekeinde had woefully failed to recollect who Badmus is when a television presenter asked her to give her a shout out on the red carpet of a movie premiere.

It appears the actress is still pissed off about it as she posted a photo from a wedding she attended over the weekend with the caption;

“How you appear in the midst of people that claims they don’t know you. Wedding guest #theaaunion19“

Read Also: Wizkid Replies Man Who Pleaded With Him To Attend Funeral Of His Late Mom (Video) 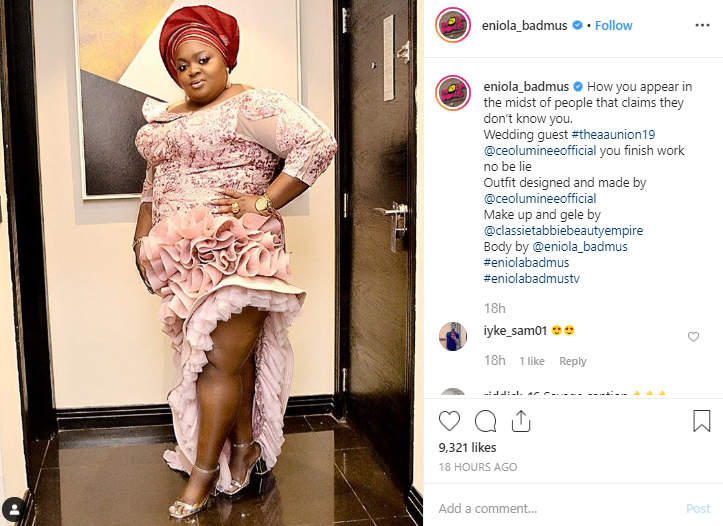