Social media sensation and transgender Bobrisky has taken to social media to cry out over the pain she is felling.

Recall we reported that Bob had undergone some plastic surgeries while in Dubai, the cross-dresser is now giving an update on things. saying she is in so much pain.

Read Also: Tonto Dikeh Reacts To Prophecy About Bobrisky Ending Up With An Incurable Disease 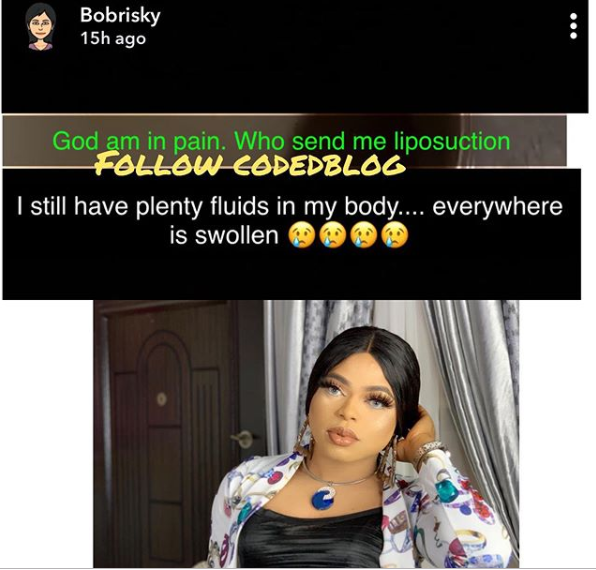