Apostle Suleman has reacted to the Netflix ‘Gay Jesus’ movie set to be released.

Taking to his Twitter page, Suleman advised everyone to delete the Netflix app on their phones adding that releasing such movie is a huge disrespect to Christianity.

“Delete Netflix app on your system..unfollow them if you are a true Christian..The movie ‘gay Jesus’ is an insult to Christianity and abuse to our sensibilities..we stand to condemn it and all it stands for…Mad people…” 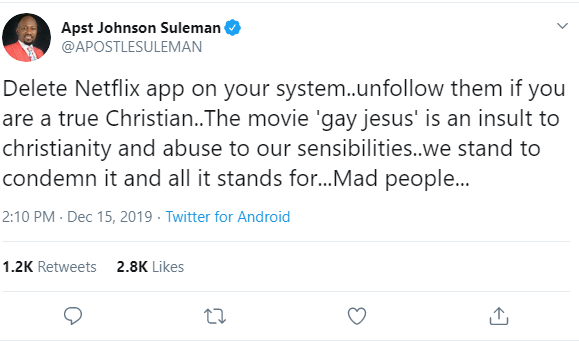 This is coming hiours after Reno Omokri also took to his IG page to slam Netflix.