Home Entertainment “He Has Always Been My Help”, Khafi Says As She Shares New...
Facebook
Twitter
WhatsApp

Gedoni had proposed to the British cop on Wednesday but they announced their engagement on Thursday.

The couple, who met in the Big Brother Naija house, began a romantic relationship which also continued outside the house.

Sharing a new photo of her man helping her off a yacht, Khafi wrote;

“He has always been my help,” 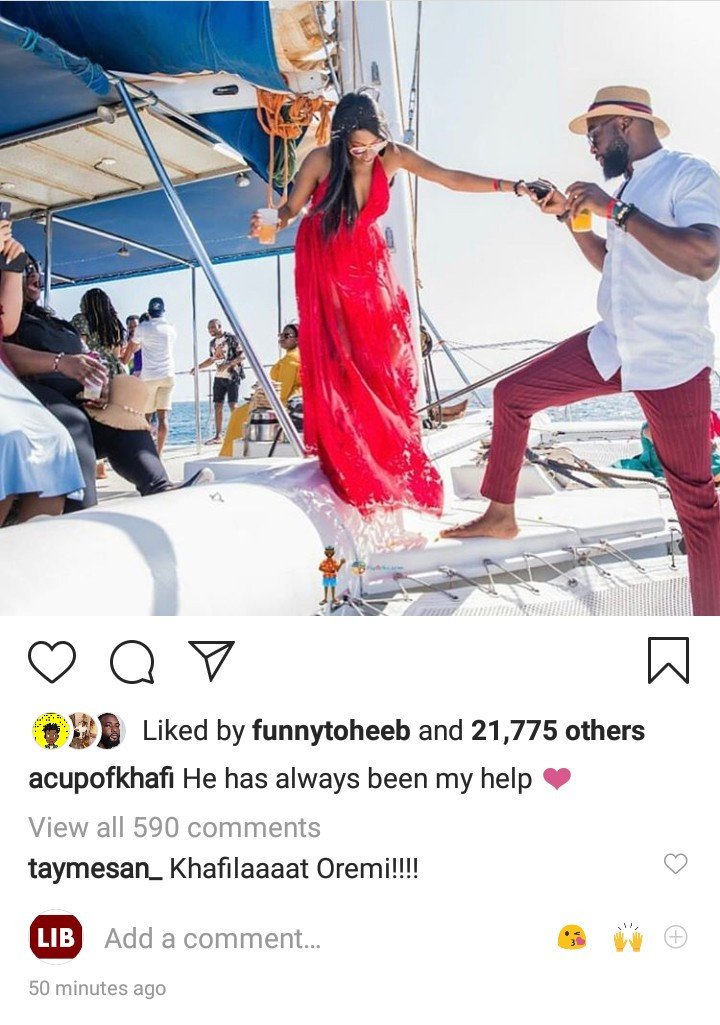