As it is the annual tradition for many Christians from around the world to celebrate Christmas, which marks the birth of Jesus Christ, Christians in Nigeria are not left out.

For people of Christian faith, it is time to be merry, to reflect on their salvation, and celebrate an important aspect of the religion, which is ‘Jesus Christ’ — his birth which would have to happen for his death to occur.

Long before December 25th, many Christians would have started getting into their ‘Christmas spirit’, ready to partake from the annual festivities that come with the season. The ‘smell of Christmas’ feels the air, and it could easily register as one of the most beautiful time of the year.

As the day approaches, there are different programmes fixed by corporate bodies, churches, individuals to mark the period.

However, Christmas as lovely and exciting as it may be, comes with its own peculiarities. It’s the period where extra cash are budgeted for shopping, home renovation and decoration, travel, holiday with the family, visiting the less privileged, orphans or motherless babies, sending packages to family members and allies, and so on. These things cost money and when the money is unavailable, Christmas may not look as lively as it should.

It’s the 26th of December, a day after Christmas known popularly as ‘Boxing Day’, a day to continue the festivities of Christmas. Thankfully for many, it is a public holiday around the country, which means another day not to worry about work.

At Thomas Salako road at Ogba, Lagos. It was gathered that most of the shops were locked, and only a handful were open. Unlike a typical Ogba on Thursday afternoon, the streets were quite scanty and a handful of motorists and passersby were seen going to and fro.

If someone were to come to Lagos for the first time and be at Ogba at that every instant, no amount of convincing would make that person believe the gory tales, Lagosians tell of the traffic they encounter daily, as the present state of traffic was something Lagosians only dreamed of.

Brightly dressed in a red dress, and a pair of flats, Olamide Adedayo walks past me, her eyes fixated on the road. You can tell, she had an important appointment.

Read Also: Few Days To Christmas, Nigerians Are Having Sleepless Nights Over High Cost Of Rice

“Hello, can I have a moment to speak with you”, she stops briefly accessing me from head to toe, then says OK.

I introduced myself and told her why I needed to speak with, her feature softens and it means I already have audience.

Asked how this year’s Christmas was for her, better than last year’s or doesn’t even compare. She says “for me, the year’s Christmas is not quite different from last year. It just that things are more expensive now than they were last year. So, I couldn’t really buy things as much as I did last year.”

You know this is Nigeria, where things become more expensive during this season. We are already used to the trend, so, for me, I did get the best that I could, and left the rest. ”

Another Lagosian, Tope Olukoya who spoke with INFORMATION NIGERIA lamented on the high cost of things. She decried the high cost of foodstuffs like rice, tomato and onions. The mother of two, as she would later reveal, said, “lets even leave foodstuff. Do you know I couldn’t afford to buy any dress or shoe for my daughters, even though I went as far Balogun market on the Island. You would hear a seller tell you, just one gown for a 5-year-old is N6000, N7000, N8000. I ended up going home without being able to buy anything.”

She lamented on how life has been so hard for Nigerians, following the border closure. She also didn’t spare the commercial transporters who she says are using the festive period to milk their passengers dry.

A few foodstuff sellers corroborated what Olukoya said. They said business didn’t boom as much as it did last December, and most people who used to buy in bulk, only bought sparingly because of cost.

Around Pen Cinema, Agege, buses that convey passengers to and from, Alausa, Ikeja, Ishaga were seen doing the usual, as passengers joined the buses going to their respective destinations. Street hawkers were seen advertising their wares while those that sell by the roadside are seen beckoning on prospective buyers.

It’s a beautiful but hot Boxing day afternoon, Bottled water and soft drink sellers seem like they are having a good day, all thanks to dehydrated commuters. Anike Ogunrinde, who sells frozen fish , a few meters away from where the Hitech construction workers are busy building the flyover bridge. Asked how the Christmas has been so far, she laments on low patronage.

She says “ it doesn’t even seem like Christmas as sales are the same with what I usually get any other month. Unlike before, you would see people going about buying and buying and by now I would have sold my 7th carton of fish.”

On why she didn’t stay back at home to rest on Boxing day, she says “There is nothing to rest about. I need money and I won’t get it at home. My kids will resume in January and that’s another batch of expenses. We all know Nigeria today is not easy at all.”

Temitope Olabode and her sister, Jumoke, said they enjoyed 2019 Christmas because they celebrated it in their own little way. Jumoke, a nurse at a private hospital in Agege, said, although she was on duty on Christmas day, she thinks the celebration wasn’t much different for her than last year’s or may even be better.

However, her sister, Temitope decried the huge cost of transportation, saying “my only problem is the way transporters unfairly hike the price this period. You almost spend a fortune just to get from one place to another.”

At Ikeja underbridge, while most of the shops were conspicuously under lock and key, a few opened for business.

Francis Anamaya, a phone dealer in Computer Village said this year’s Christmas for him was way better than last year’s. He said, “I won’t even lie. I made some cool profit this Christmas as sales boomed beyond my expectations. I had expected low patronage because of how much people lament but it seems that didn’t affect the phone selling and repairing industry.

“I was able to achieve some of the things that I couldn’t achieve last year. So I thank God.”

Goke Shinabade, an engineer that repairs laptops inside computer village said; “well, I thank God, because for me, this year’s Christmas beat last year’s by far. I really enjoyed it because I made some good money more than I made last year.”

Adesola Adegboyega, a Makeup Artist at one of the cosmetic shops at Ikeja also corroborated what the others said.

She said, “It may not have been a lot but it was way better for me than last year. I’m no longer where I used to be, and that for me is enough reason to rate this Christmas better than that of 2018.”

While it may not have paid off for foodstuff sellers and low-income earners, it seems some entrepreneurs, have a better Christmas.

The sellers and some people at Ogba and Agege blamed the poor Christmas celebration on the harsh economic situation of the country, adding that the high cost of food products and other essentials has stalled a beautiful celebration.

Then a few claimed they enjoyed Christmas 2019 better than they did last year, even though they had to break the bank because it’s once in a year and no financial excuse was needed to hinder the celebration.

The ones in Ikeja seem to have totally enjoyed this year’s Christmas and even went on to rate it better than last year’s. 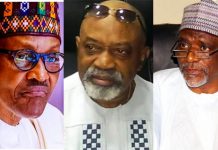 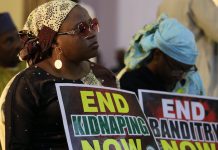 Why Nigerians’ Optimism That FG Will End Insecurity Has Waned 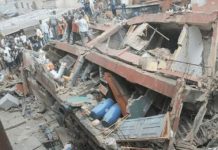 Lagos Building Collapse: A Call For Stakeholders To Take Responsibility