A couple of tweets speaking on homosexuality and the rapper coming out as a gay man has hit the Internet and sending many into shock.

One of the tweets from the account stated that he is gay. 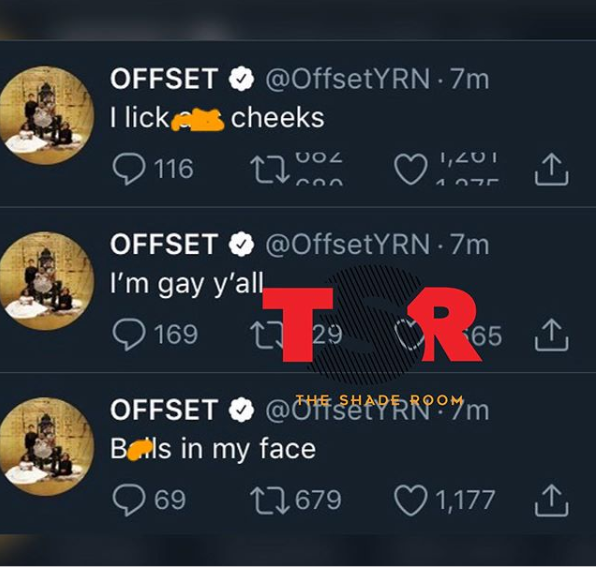 The tweets have since been taken down but not before thousands saw them.

The rapper is yet to release a statement concerning the tweets. Offset is married to Cardi B and they have a daughter together.