Relationship therapist, Blessing Okoro recently opened up on the reason she has been mute over the court saga.

Information Nigeria recalls controversial reality star, Tacha has filed a lawsuit against the relationship blogger for defamation of character and she is to pay the sum of 20 million Naira as compensation.

One of Okoro’s fan on Instagram, @nmaz11 commented on her post, stating that she should show the court threats from Tacha’s fans and blogger, Vinny sleek to back her up.

The relationship therapist, however, revealed that she is still begging Onye Eze to borrow her some money to sue Tacha and her biggest fan, Vinny_sleek.

Read Also: Naira Marley Set To Perform In A Cage At His Upcoming Concert (Photo) 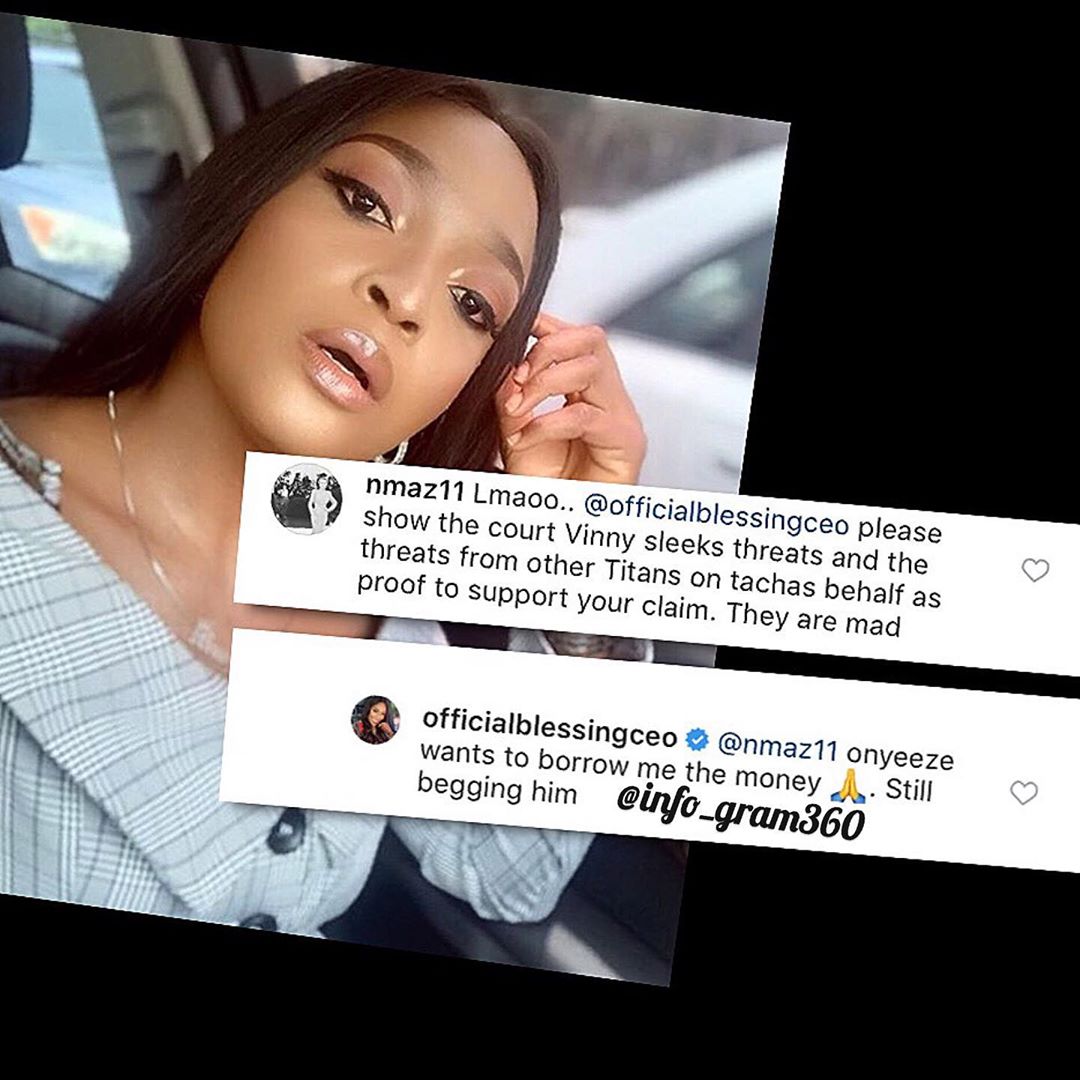