Actress Anita Jospeh has put a troll in his place.

Issues started after the said troll took to the actress’ comment section to comment that she is not in any way fine without makeup.

Read Also: Actress, Anita Joseph Speaks On What Her Man Does Not Like

Not long after she posted this a couple of trolls took to her comment section to drag her with many making remarks about her face.

Another stated that she is not fine without makeup.

See the exchnage below; 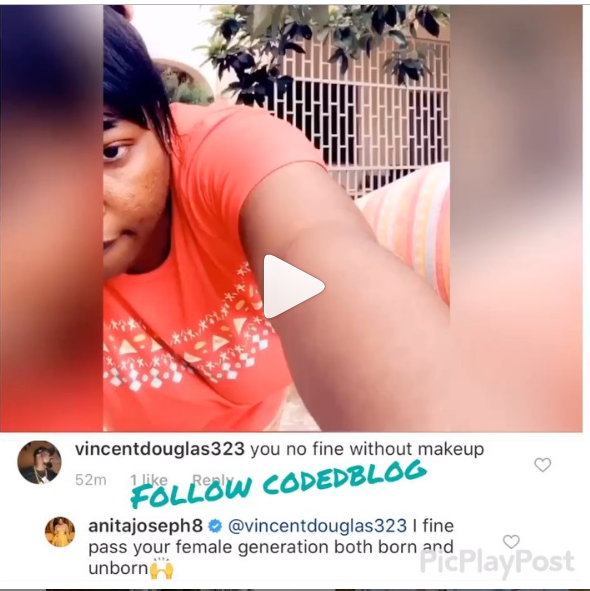