Nigerian rapper Ruggedman has reacted to the story of actress Angela Okorie being shot over the weekend.

According to the rapper, some Nigerians act like they know it all.

Angela had taken to social media to reveal that 10 pellets were removed from her head after she was shot.

Not long after she posted this, Nigerians came at her, thinking she meant bullets were removed from her head and wondered how she did not die.

“I too know wee not kee some Nigerians.

“@realangelaokorie meant to say pellets were removed from her head, not bullets.

“Wasn’t that easy enough for you to deduce?

“Instead of you to join her in thanking God for life and tap from the glory, una begin run mouth… My dear @realangelaokorie you will see the end of 2019 and many more years in Jesus name.” 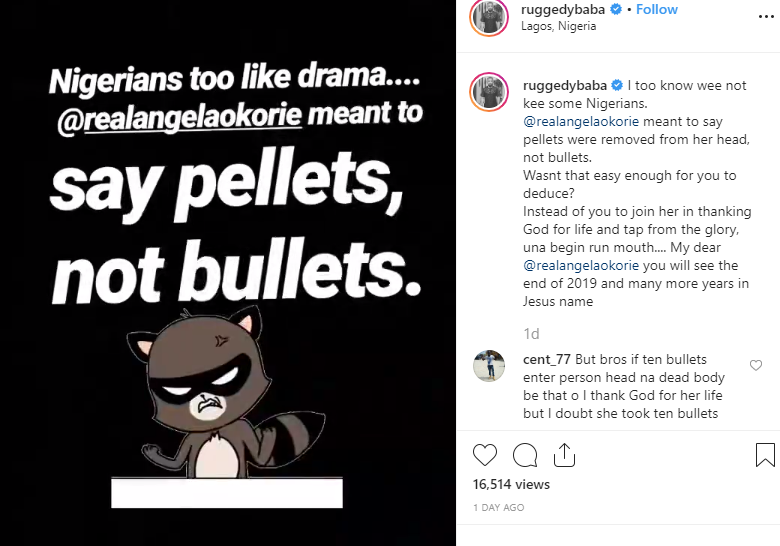