Donald Trump, the President of the United States of America, has expressed his disbelief over two articles of impeachment passed by the House against him.

Trump took to Twitter to lament about the recent action.

“Can you believe that I will be impeached today by the Radical Left, Do Nothing Democrats, AND I DID NOTHING WRONG! A terrible Thing. Read the Transcripts. This should never happen to another President again. Say a PRAYER!” Trump wrote on Twitter.

According to LIB, one of the articles charges Trump with abusing his power for pushing Ukraine to announce investigations into former Vice President Joe Biden, his son Hunter Biden and Democrats and for withholding nearly $400 million in military aid to the country as well as an official White House meeting with Zelenskiy as he pursued those probes.

The other article charges Trump with obstruction of Congress for stonewalling impeachment investigators examining his conduct. 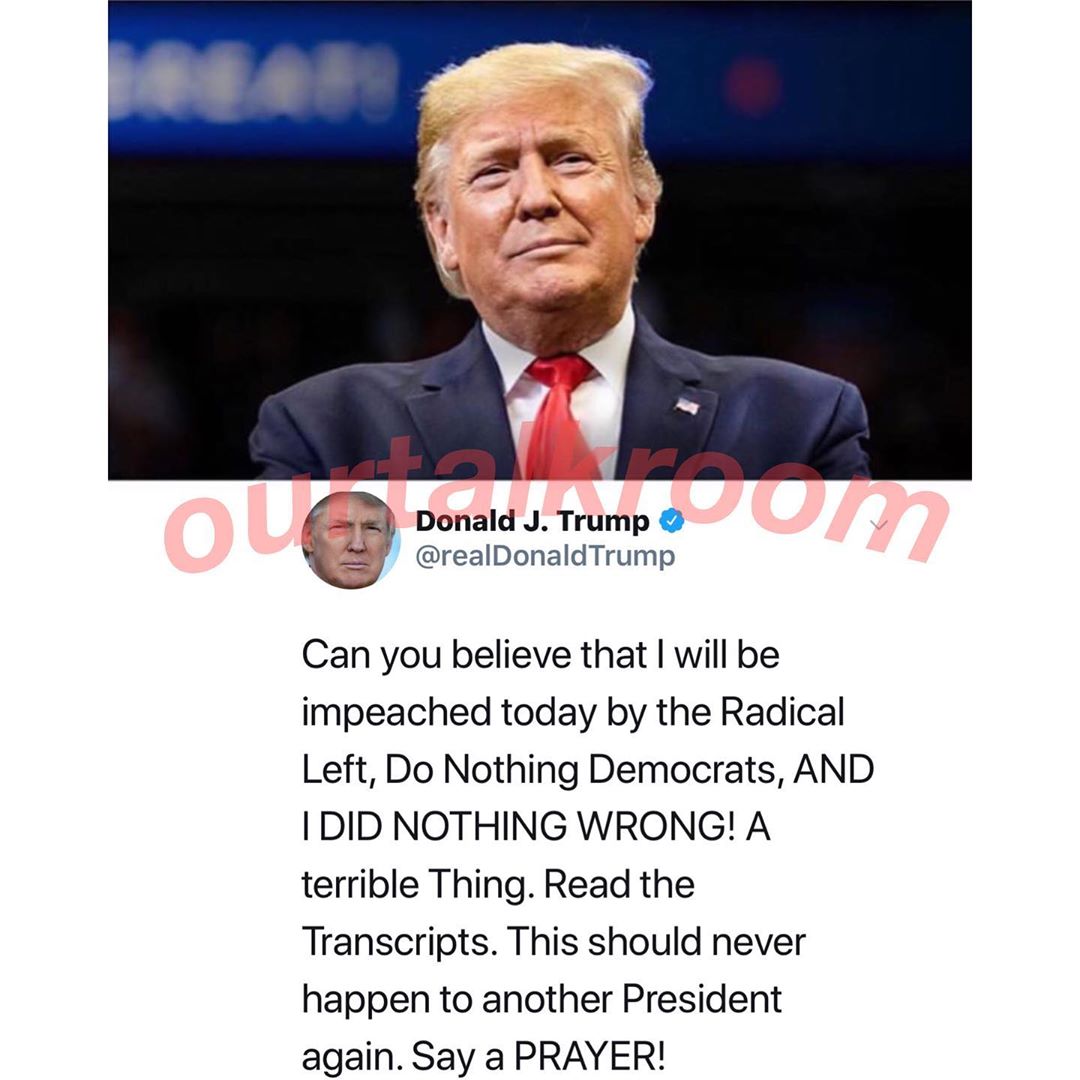