Home National News I Will Say My Last Prayer If You Show Up As My...
Facebook
Twitter
WhatsApp

Nigerian singer Davido has reacted to a throwback photo singer Peruzzi shared on his page.

The ‘Amaka’ crooner had shared a throwback photo of himself at the beginning of the decade which saw him studying to become a doctor and the present state of things with him now.

Reacting to the photo, Davido said if Peruzzi shows up as his doctor he will definitely say his last prayer, poking fun at the singer. 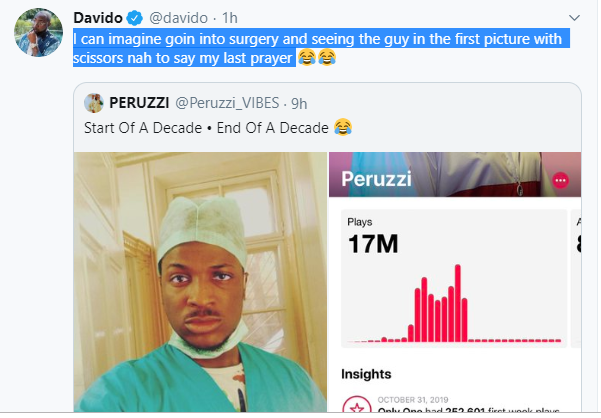