Home National News I’d Rather Be A Single Mom Than Expose My Kids To Unhappy...
Facebook
Twitter
WhatsApp

Nollywood actress and former SoundCity presenter, Juliet Mgborukwe has made it known she would rather be a single parent than be in an unhappy marriage.

Juliet shocked many back in 2018 when she announced her separation from husband Chima Ojukwu for the second time. The media personality had accused her man of domestic violence and shared photos and videos as proof.

Sharing a photo with a baby girl and they were both twinning she wrote;  “I’d rather be a single mom than show my children an unhappy marriage.”

Mgborukwe and Ojokwu tied the knot in October 2011 and separated in 2012, just a few months after their wedding ceremony. At the time, Juliet said the marriage had ended over ”irreconcilable differences”. 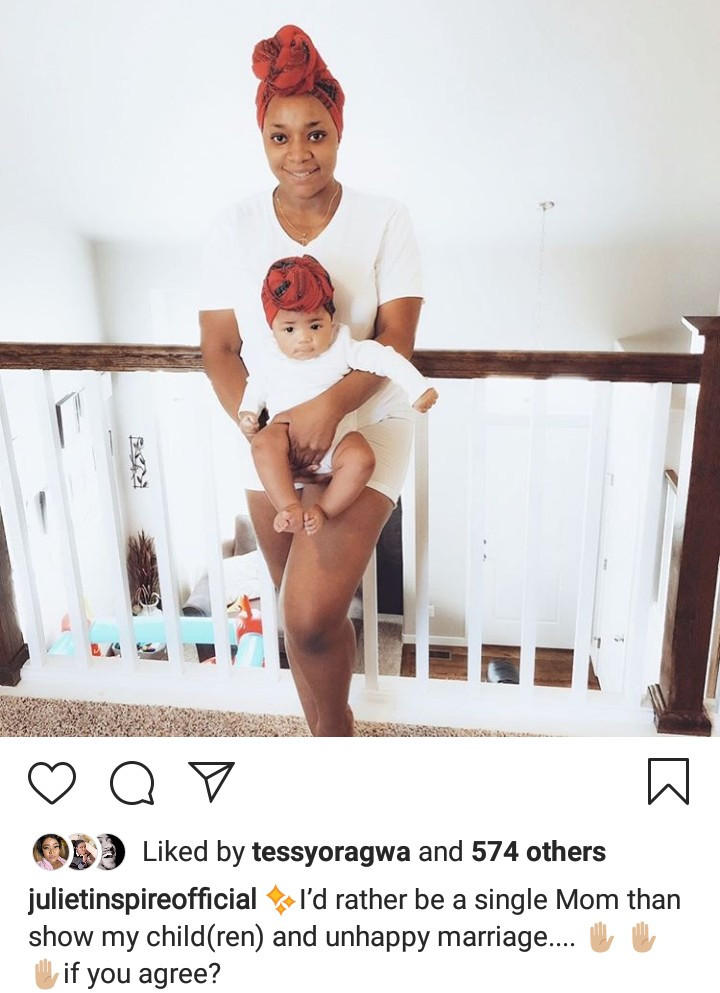