The politician’s son, Mustapha Abubakar decided to tease his father with a question which reads;

The 2019 presidential candidate of the People’s Democratic Party responded saying,

“Musty, in the words of Timaya, I can’t kill myself” 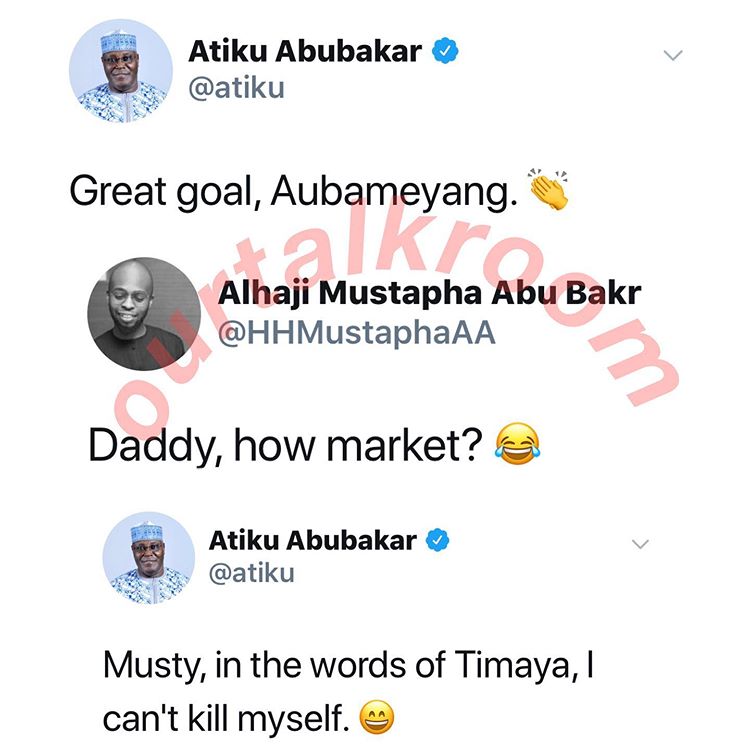