Home National News It Is Not A Must That I Marry An Ex-BBNaija Housemate –...
Facebook
Twitter
WhatsApp

Nina who was in a relationship with Miracle, then housemate who won that year’s edition, asked that people stop tagging her to the post.

In her post, Nina went on to ask if people feel that she must marry and ex-BBNaija housemate, adding that people are not ready for her. 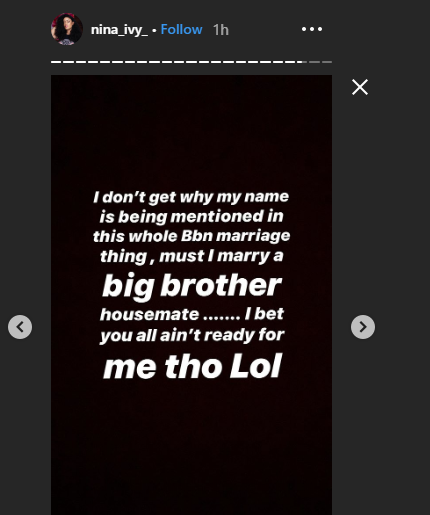 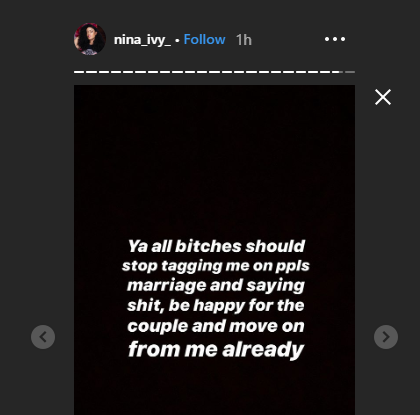 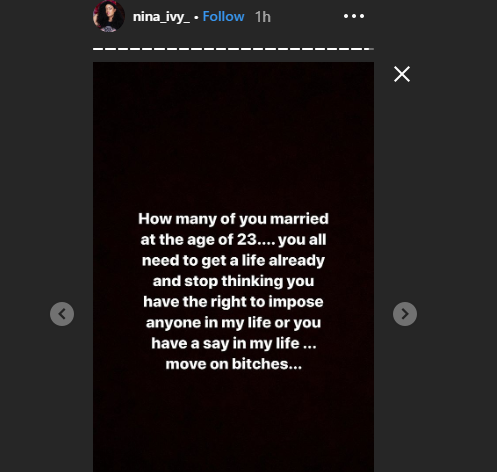 This is coming days after she called 2019 BBNaija housemate Tacha out, saying the latter lied about the Benz she claimed to have gotten from her fans for her birthday.