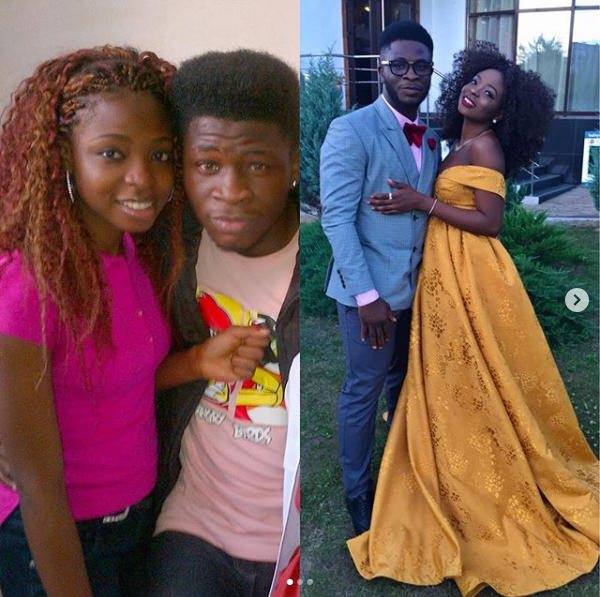 Craze Clown and his fiancee, Jojo got engaged yesterday, and the comedian has continued to celebrate their engagement.

The comedian took to his page to share a series of images of them including a before and after photo with the caption;

”It’s been an 8 years journey to this point … We have a lot of stories to tell our kids wifey @jojowigs I Love You. Thanks for calming my Craze.” 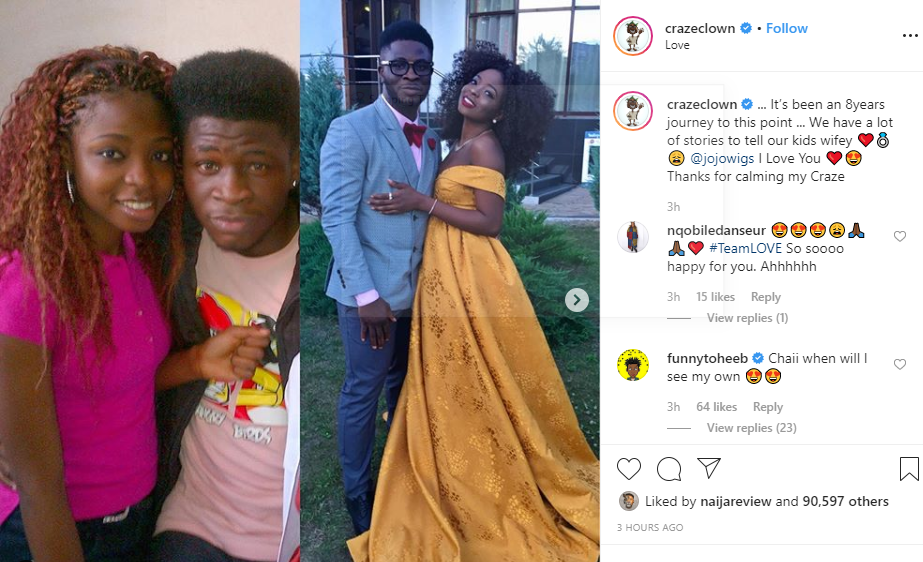 The funnyman took many by surprise last night when he announced via his IG page that he proposed to his woman.

Congrats to the couple.