Nollywood actress Moyo Lawal is ready to freeze her eggs.

The curvy actress made this known via her IG page while reacting to Kim Kardashian’s Christmas family photo. The photo had her husband Kanye in it and their 4 kids; North, Saint, Chicago and Psalm.

Sharing the photo on her page, Moyo mentioned how much she loves the snap and wrote 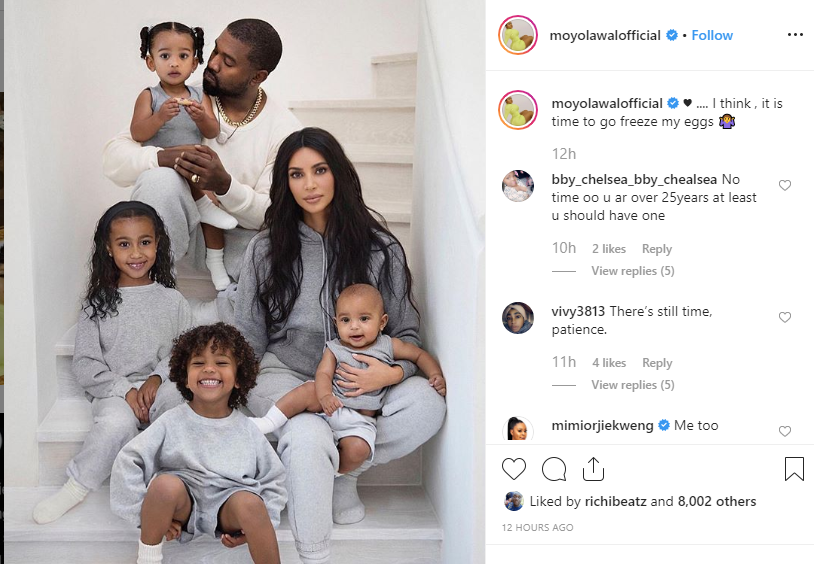 Kim and Kanye released the photo with the caption; “The West Family Christmas Card 2019,”